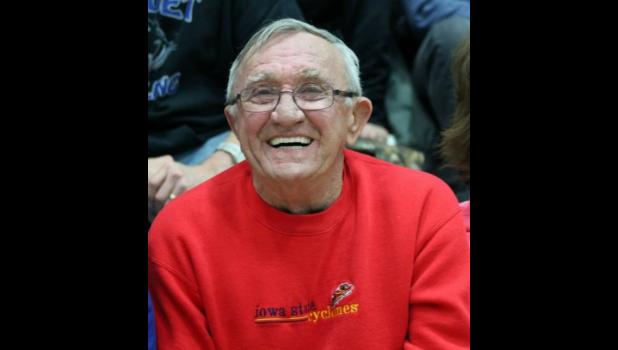 Sept. 22, 1942 —
Aug. 25, 2020
CRESCO - Richard “Rich” Fredrick Schmauss, age 77, of Cresco, Iowa passed away at St. Marys Hospital on Tuesday, Aug. 25, 2020.
Funeral services were held on Monday, Aug. 31, 2020 at the Heritage Events Center in Cresco. Burial was in Calvary Cemetery in Cresco, by Lindstrom Funeral Home.
Richard was born on Sept. 22, 1942 in Cresco, to Francis and Bernice (O’Brien) Schmauss. He attended Cresco High School and graduated in 1960, which was the last year of the Cresco Spartans. During high school, Richard was part of the 1960 State Champion wrestling team. He was the 95-pound state champ.
Following high school, he worked for Art Peckham and also in Waterloo for John Deere for a short time. Rich also enlisted in Army Reserves in 1964. He then returned to Cresco, working for Ray’s Body Shop, and later went on his own, starting Rich’s Body Shop. He ran his business for many years, until his retirement.
Richard married Roylene Maronde in 1965, and they were together for 21 years. To this union two children were born, Darin and Richelle. They later divorced.
Rich enjoyed bowling, golfing, hunting and proudly served his community as a volunteer for the Cresco Fire Department for 20 years (1973-1993). He also enjoyed spending time on his land by Kendallville, where he kept an eye on the food plot for the deer. He would often check his trail cameras and really enjoyed his time at his campground by the Upper Iowa River. He also cherished his gambling adventures with Linda Burnikel.
Rich was very proud of his grandchildren. He loved watching them grow up and was often found attending their school events. Spending time with family and friends was a great joy for him. He could be found around town, enjoying his morning coffee stops, along with daily afternoon trips to K-Town (Kendallville). He was an avid Iowa State fan, but he enjoyed following all kinds of sporting events in the college and professional levels.
Richard is survived by a son, Darin (Anna) Schmauss and their children, Ashlyn (Gatlin Keehner) and Cole; a daughter, Richelle (Jess Byrnes) and their children, Sabrina and Jackson; three brothers, Mike (Mary) Schmauss of Denver, Iowa, John (Nancy) Schmauss of Cresco and Alan Schmauss of Cresco; three sisters, Connie (Robert) Whitinger of Ankeny, Iowa, Nancy (Maurice) Meyers of Rochester, Minn. and Carol (Mike) Stokes of Chatfield, Minn.; a sister-in-law, Helen (Merlin) Schmauss; and several nieces and nephews.
He was preceded in death by his parents; a brother, Merlin Schmauss; and a nephew, Todd Schmauss.