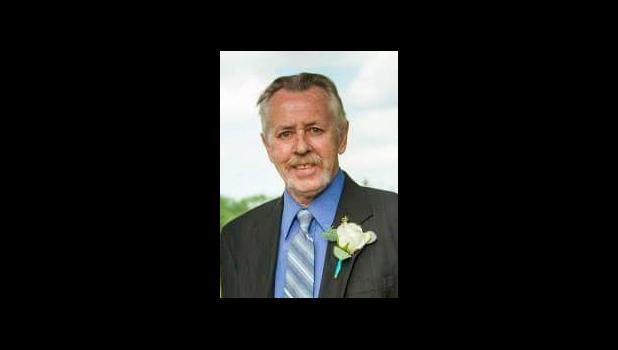 Aug. 3, 1956 —
Nov. 7, 2017
CRESCO - Richard Edward Dietzenbach, age 61, of Cresco, Iowa, died Tuesday, Nov. 7, 2017, at Evans Memorial Home in Cresco.
Mass of Christian Burial will be held at 10 a.m. Saturday, Nov. 11, 2017, at Notre Dame Catholic Church in Cresco, with Father Dennis Cain officiating. Burial will be in Calvary Cemetery in Cresco. Visitation will be held from 5-8 p.m. Friday, Nov. 10, at Hindt-Hudek Funeral Home, Cresco, and continue an hour prior to the time of service Saturday at the church.
Richard was born Aug. 3, 1956, in the Cresco Hospital, Howard County, Iowa. He was the fourth youngest of nine children of Urban and Lucy (Schmitt) Dietzenbach. He graduated from Notre Dame High School in 1974.
On Sept. 28, 1982, he was united in marriage to Shirley Kubik at St. Joseph Catholic Church, now called Notre Dame. Together they had two sons, Justin and Jared. They were later divorced. Richard liked being surrounded by family and friends, especially his one little grandson, Rafe Ingvald, and nieces and nephews. He enjoyed riding his Harley-Davidson motorcycle.
Richard worked at McNeilus Company in Riceville, Iowa. He had a shop on his farm, where he painted tractors and vehicles for other people, and farmed four miles west of Cresco until his health failed.
Richard is survived by his sons, Justin of Clear Lake, Iowa and Jared (Tori Jo) of Thornton, Iowa, and their son, Rafe; parents, Urban and Lucy; his siblings, Don (Janice) of Evergreen, Colo. and Jim (special friend, Barb), Robert (special friend, Mary Pat), JoAnne (Gary) Larson, Dean (special friend, Deb), Kevin (special friend, Christine) and Dale (Julie), all of Cresco; and special friend, Cindy Hastings.
He was preceded in death by his brother, Duane in 2013; sisters-in-law, Kathy in 2013 and Sherie in 2014; maternal grandparents, William in 1973 and Anna Schmitt in 1981; paternal grandparents, Joseph in 1949 and Mary Dietzenbach in 1926; and many aunts and uncles and friends.
He will be missed by all.