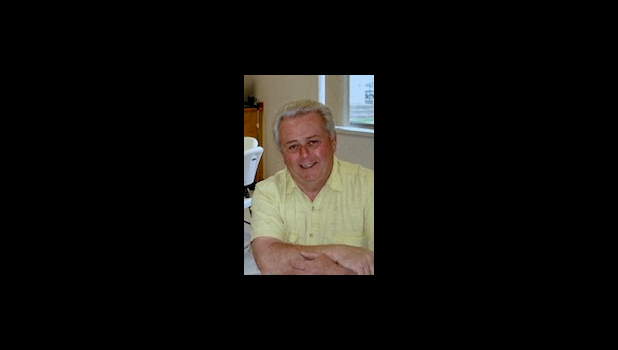 Oct. 31, 1947 —
June 9, 2020
Harmony - Robert “Bob” Bakken, age 72, of Harmony, Minn., passed away on Tuesday evening, June 9, 2020 at his home surrounded by his family.
Visitation will be on Sunday, June 14 from 2-5 p.m. at Lindstrom Funeral Home in Harmony. Friends are welcome to call during that time. Funeral services will be at 2 p.m. on Monday, June 15 at Greenfield Lutheran Church at Harmony, followed by burial in Greenfield Cemetery.
Bob Bakken was born on Oct. 31, 1947 in Stewartville, Minn. to Orin and Betty (Long) Bakken. He graduated from Stewartville High School in 1965. He and Bonnie Schrandt were married on July 1, 1972 at St. John’s Lutheran Church in Stewartville.
Early in his life, Bob worked for Pepsicola as a delivery route driver. Following that endeavor, he had a Little Debbie franchise, which also included working a delivery route. Later, he installed DeLaval and Surge Dairy equipment on local dairy farms. It was at this time he developed an interest in dairy operations and started his own farm, which they had until 1992. His favorite occupation was working for Fillmore County as a dispatcher and jailer from 1983 until retiring in 2010.
During retirement, Bob drove school bus and enjoyed hanging out with the guys at the bus shed. He was frequently seen with his 2002 yellow Ford Mustang, which he loved to drive. He also enjoyed playing golf, woodworking, washing cars and keeping the lawn well-manicured, as well as being able to fix anything.
Bob is survived by his wife Bonnie Bakken of Harmony; two children, Michelle (Jay) Rice of Lime Springs, Iowa and Jim (Christy) Bakken of Preston, Minn.; four grandchildren, Brandon and Bradley Munkel and Mathew and Joshua Bakken; and three step-grandchildren, Kyle, Brandi (Sam Ollendieck) and Jarrett Rice, along with one step-great-grandchild, Luke Ollendieck. He is further survived by six siblings, JoAnn Stevens of Aurora, Colo., Nancy Bakken of Rochester, Minn., Keith Bakken of Owatonna, Minn., Randy (Meladee) Bakken of Stewartville, Carol Bakken of Johnstown, Colo. and Robin (Ronnie) Vrieze of Racine, Minn. and many nieces and nephews.
Bob was preceded in death by his parents; a brother, David Bakken; a brother-in-law, Gary Stevens; and a niece, Trudy Stevens.
In lieu of flowers, the family suggest memorials to the American Heart Association, American Diabetes Association, Hospice or the Food Shelf.