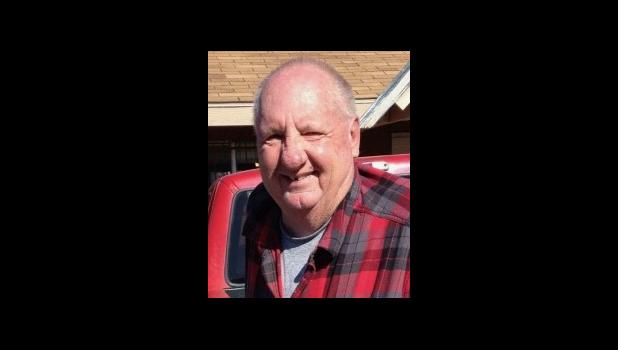 June 26, 1936 —
Oct. 31, 2022
CRESCO - Ross “Bill” William Gooder, age 86, of Cresco, Iowa, passed away peacefully on Oct. 31, 2022, at Aase Haugen Home in Decorah, Iowa.
A Memorial Service will be held at Hindt-Hudek Funeral Home, on Thursday, Nov. 10, 2022 at 11 a.m. Public visitation will be held from 9-11 a.m. before the service. Burial will be in the Calvary Cemetery. Hindt-Hudek Funeral Home is assisting the family.
Ross was born on June 26, 1936, to Niles and Ruth(Slifka) Gooder in Cresco and was raised by a single mother, his grandmother and two uncles. When Ross was 15 years old, he started working for Walt Fye junking cars. While in high school he played on the football team and graduated from Cresco High School in 1954 and married Betty Webster on Oct. 15,1956, in Cresco. Before serving in the United States Army (1959) in Fort Benning Ga., he was doing construction work in Cresco.
The couple returned to Cresco in 1965 from Fort Benning. Ross owned the Sport Hut, selling and working on snowmobiles. He worked for his brother, Don, in the car and trailer business. He also owned Gooder Construction and R&B Aluminum, making aluminum trailers in the 1990s.
The couple had a daughter, Billie Jo, in 1975, living in a house that Ross built in Cresco. He was a mentor for Claude, Dr. David Shaw’s son, who lived next door. He then bought property in Vernon Springs, building a house and construction shop. While living there, he raised a flock of black sheep, horses, mules and goats. He also loved and raised German Shorthaired Pointers his whole adult life, “The only breed of dogs in the world.”
In June 1984, Betty passed away and Ross raised his daughter as a single father with help from his family.
In 1989, he married Betty Marley, and they moved to Strawberry, Ariz. in 1996 to retire. He started a business called Gooder Building. He was on the fire board of Pine-Strawberry Fire Department. In 2014 Ross moved back to Cresco to be closer to family.
He was involved with the Wild Life Board, the Driftrunners Club and working with the Boy Scouts. “Uncle Bull” enjoyed hunting and fishing with his nephews and watching them race quarter midgets and stock cars. He enjoyed helping his daughter with her horses as well.
Ross is survived by Betty Marley Gooder of Strawberry; daughter, Billie Jo Webster Marley of Strawberry; and sister-in-law, Rosie Gooder of Cresco. He is also survived by four nephews, Patrick (Becky) Gooder of Cresco and their children, Shay Gooder, Chris Gooder (children, Adelina, Leo and Judelyn) and Dakota (Bryce) Hruska (daughter, Arietta); Michael (Rachel) Gooder of Cresco and their children, Abby (Dan) Inglis (son, Wyatt and daughter, Roise) and John (Molly) Gooder (daughters, Ella and Mara); Gary (Sara) Gooder of Cresco, and their children, Sydney Gooder-Hayes (children, Paxton and Summer), Josie (Brian) Hrdlicka (daughters, Maelyn and Jentry) and Sierra Gooder; and Lee (Jill) Gooder of Cresco, and their children, Shelley (Joe) Marshall (daughter, Kennedy) and Zach (Katie) Gooder (daughters, Autumn and Ailyn) and one niece, Gay Duroe.
He was preceded in death by his parents, Niles and Ruth; wife, Betty Webster Gooder; brother, Don Gooder; and a nephew, John Gooder.