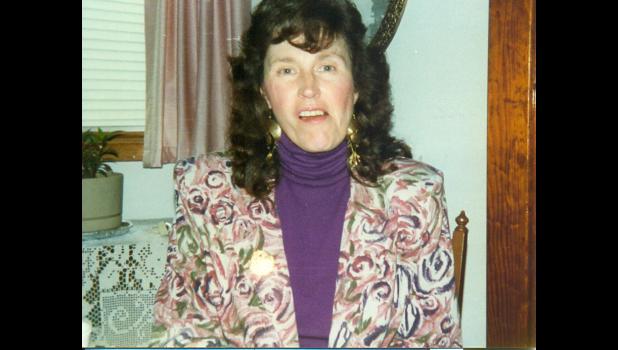 Aug. 2, 1940 —
June 4, 2020
CRESCO - Sonia Drtina, age 79, of Cresco, Iowa, passed away on Thursday, June 4, 2020, at Evans Memorial Home in Cresco.
A private family gathering will be held at a later date.
Sonia Mae Drtina was born on Aug. 2, 1940, the daughter of John R. and Bernetta (Kapler) Burgess at the family farm in Winneshiek County.
She attended school in Cresco and graduated from Cresco High School in 1958.
She was united in marriage to Richard Drtina on Oct. 18, 1958, at St. Joseph’s Catholic Church in Cresco. To this union two children were born. She started working at Cresco State Bank in 1958. In 1961 she started working for Cresco Union Savings Bank, where she continued to work until her retirement in 1998.
Sonia always had a large garden, as well as beautiful flowerbeds. She enjoyed baking, canning, sewing, embroidery and other crafts. She would also help out on the farm when needed. Although she was busy, she always made time for her children, grandchildren and great-­grand-children. She and Richard also enjoyed traveling in their later years. Sonia loved her pets, especially her dog Connor, who was always by her side.
She is survived by her husband of 61 years, Richard; children Daniel Drtina (Karon Fromm) of Cresco and Robin (David) Sobolik of Cresco; grandchildren, Alanda (Brandon) Meyer of Cresco, Brendan Drtina of Cresco, Ciara (Tim) Keck of Cedar Rapids, Iowa, Brian (Lyndsey) Sobolik of Elma, Iowa, Jayme Sobolik of Cedar Falls, Iowa and Cody Sobolik of Cresco; and great­grandchildren, Sam and Jameson Meyer and Henslie and Hadlee Sobolik. She is also survived by her brother, Don (Deb) Burgess of St. Charles, Mo., and brother-­in-­law, David (Patti) Drtina of Cresco.
Sonia was preceded in death by her parents, John R. and Bernetta Burgess; and father and mother-­in-­law, George J. and Helen Drtina.
In lieu of flowers, the family is requesting donations be made to Notre Dame School, Cresco, in Sonia’s memory.