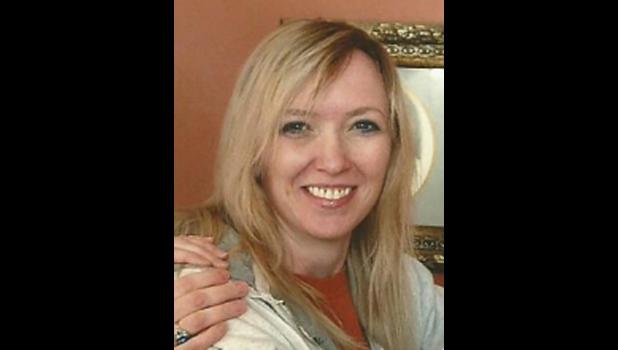 April 12, 1970 —
Sept. 23, 2017
Austin, Minn. -  Terri Morgan of Austin, Minn. and formerly of Lime Springs, Iowa, age 47, passed away Saturday, Sept. 23 at her home. After a courageous battle with mental illness, she chose to join her beloved Chelsey.
Funeral services were Wednesday, Sept. 27 at 11 a.m. at the Lime Springs United Methodist Church, with Pastor Paula  Hemann officiating.
Terri Lee Henry was born in Washington, Pa. on April 12, 1970, the fourth of five children born to Robert “Bob” and Janet (Wolfe) Henry. The family moved to Lime Springs in 1976, where she attended the local elementary and graduated from Crestwood High School in 1988. She then went to school, becoming a cosmetologist for several years. She later worked at Sara Lee in New Hampton, Iowa, until it closed. At that time she earned her RN degree and worked at the Federal Medical Center in Rochester, Minn., Adams (Minn.) Health Care Center and most recently, Faith Lutheran Home in Osage, Iowa.
She was united in marriage to Dennis Morgan and they later divorced. The couple raised four children together.
Terri had a very caring nature, always putting others before herself. She enjoyed finding fun things to do with her children to make their time together memorable. Her talents included making jewelry, decorating her home and gymnastics.
Terri is survived by a son, Braxton Morgan of Lyle, Minn.; two step-sons, Michael and Dominic Morgan of Lyle; her ex-husband, Dennis Morgan of Lyle; her mother, Janet Henry of Lime Springs; her siblings, Marcie (Gary) Klomp of Lime Springs, Jon Henry of Cresco and Sue (Dave) Henkes of Independence, Iowa; and three nieces, Nicole (Jacob DeLarm) Klomp of Shellsburg, Iowa and Lilly and Katie Henkes of Independence.
She was preceded in death by her daughter, Chelsey Morgan on Aug. 21, 2014; her father, Robert Henry on Dec. 23, 2012; and her brother, Craig Henry, on Jan. 30, 1996.