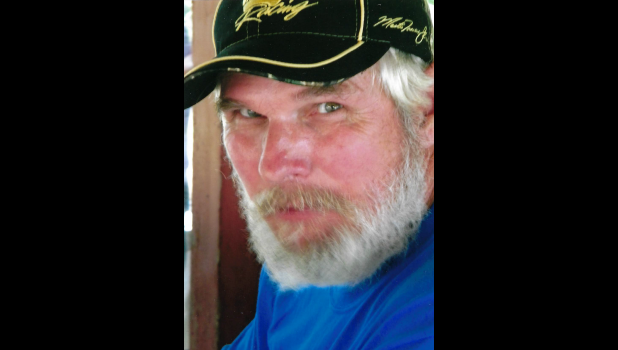 Jan. 23, 1951 —
July 23, 2021
CRESCO - Thomas Wayne Stevenson, age 70, of Cresco, Iowa, passed away on July 23, 2021 due to complications from cancer.
Memorial services will be held on Saturday, July 31, 2021 at 11 a.m. at Immanuel Lutheran Church in Cresco. Visitation will be held from 5-7:30 p.m. on Friday, July 30 at the church and will continue from 10-11 at the church on Saturday morning.
Thomas was born on Jan. 23, 1951 in Riceville, Iowa to Raymond and Ruby Kathryn (Hunter) Stevenson.
He and Phyllis Ida Schmauss met in 1969, when they went on a blind date to Phyllis’ prom. This turned out to be the perfect match as they were wed on Aug. 15, 1970. To this union they were blessed with four wonderful children, Malissa, April, Bradley and Joseph.
In February 1971, Tom joined the Army and served three years during the Vietnam Era. He was proud to be part of the 377th Medical Company in Korea as a Specialist Four. He loved to tell doctors and staff his unit was the actual unit the TV show MASH was based on. During his service in the Army, he was a power generator equipment operator specialist and aviation fuel handler. He took every chance he could to fly in the Hueys going out for test runs. During his time in the Army, he also took schooling for TV repair and animal husbandry.
Tom was discharged in 1973. He returned to Iowa and worked for the water and street departments of Cresco from 1973 until his retirement in 2005.
He was an avid outdoorsman. He loved to go deer hunting with his children and grandchildren. He was known to let the deer pass him by due to their beauty and what he called the “big bucks” that would be good breeding stock. Phyllis was always amazed with his knowledge of the outdoors. He had a unique understanding of animals, their habits and of nature in general.
For all of his life, Tom was a proud and very hard-working man. He never wanted to do a quick fix. His motto was to do it right the first time. He was very clever in making his own tools for those special projects where a tool didn’t exist or was too costly.
Tom’s pride and joy were his children and their families. His best days were spent with them. Any little thing going on was a good enough reason to have a get-together. He enjoyed going to his grandchildren’s school activities and sports. He also loved playing games with the family. Many holidays and Sunday afternoons were spent enjoying good food and playing games into the evening hours and occasionally into the early morning hours.
Christmas was Tom’s favorite holiday. He always said his biggest present was watching the grandkids open their presents and seeing the smiles on their faces. He was very particular regarding the Christmas tree. It had to be real and touch the ceiling — no fake ones.
Tom was an avid Dolphins’ football fan. He enjoyed watching them whether they won or lost. He was proud to have some of his grandsons become Dolphins fans along with him.
His passion in life was creating a get-away retreat vacation home, which was called “The Acreage.” It started out as a forest, but with a lot of hard work and help from his kids, his brother, Harry, grandchildren and their friends, it became a retreat of two log cabins, gazebo, sheds and flower gardens. It was a special place for him, his wife and their families to enjoy. His dream was to eventually turn it into their retirement home.
In the last three years, Tom was honored and privileged to reconnect and make new acquaintances with his nieces Toni, Bree, Ashley and Kaylee when they came to spend time with him during his hardships. They filled a special place in his heart.
With the support of his family, Tom fought a very courageous battle for 16 years with several health conditions, including his heart and four bouts of cancer. He tried to stay positive and said every day was a “good day” if you woke up in the morning.
He is survived by his loving wife, Phyllis; his children Malissa (Vince Kappes), April (Jeremy Smith), Bradley (Crystal) and Joseph (Ashley Kirkpatrick); his grandchildren and great-grandchildren, Thomas (Tonya) Stevenson and their children Alexis, Aaron, Ayden, Zoey and Taelyn, James (Amanda) Kappes, Joshua Kappes, Rebekah Kappes, Haley, Olivia, Blake and Lathen Stevenson and Brooklyn and Frederick Stevenson; his brother, Harry Stevenson; sisters, Kathy (Robert Harkrader) and Janet (John Foster); and many nieces and nephews.
He was preceded in death by his brother, Bernard (Bernie); father, Raymond; mother, Ruby; and sister-in-law, Antoinette Stevenson.
In lieu of flowers, the family requests that donations be made to Mayo Clinic Cancer Research in honor of Tom.