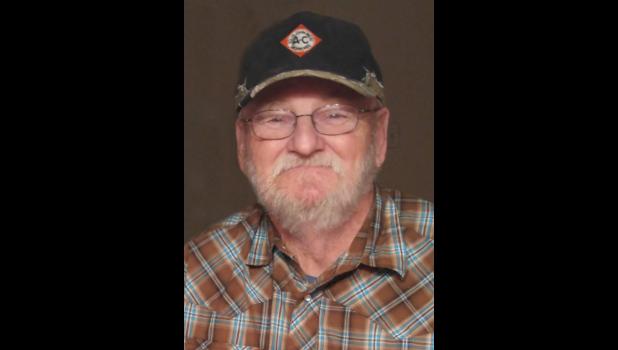 Sept. 1, 1943 —
April 17, 2020
ELMA (LOURDES) - Thomas John Flaherty, age 76, of Elma (Lourdes), Iowa, passed away peacefully on April 17, 2020 at Colonial Manor in Elma.
Due to the current COVID-19 restrictions, a funeral Mass of Christian burial will be held at 12 p.m. on Friday, May 1, 2020 at Our Lady of Lourdes Catholic Church with Father Jerry Kopacek celebrating the Mass. Tom’s family welcomes you to join them via Facebook Live for the funeral on Friday. Viewing will also be available at www.conway-markhamfh.com for your convenience, as well as online condolences.
Burial will be at Our Lady of Lourdes Cemetery. Memorials may be directed to the family.
Tom was born on Sept. 1, 1943 to John and Mildred (Nibaur) Flaherty. He attended grade school in Lourdes and graduated from Cresco High School in 1961. After graduation, he continued to help his dad on the family farm and began working at Oliver’s in Charles City, Iowa. On Dec. 5, 1964, he married Kay Gardner in Elma. Together, they had five children, Jerry, Jeff, Jon, Jodi and Joei.
Tom loved living on the family farm near Lourdes, where he was born and raised. He enjoyed raising animals, farming the crops, milking cows and baling hay. Along with farming throughout his life, he also worked as a bus driver and mechanic for Howard-Winneshiek School District for 30 years, until retiring in December 2006.
Tom always had a love of farm tractors, especially Allis Chalmers, and this sparked his passion for collecting farm toys for well over 30 years. He collected anything and everything from John Deere, Case and Oliver tractors, but his absolute favorite was Allis Chalmers. The couple enjoyed going to many toy shows and auctions to add to his collection. Needless to say, orange was his favorite color!
Not only was Tom proud of his toy collection, he was even prouder of his grandchildren. He enjoyed attending their events, having fun with them on holidays and looked forward to seeing them at the annual summer gatherings at the Flaherty farm.
Tom is survived by his wife of 55 years, Kay of Elma (Lourdes); five children, Jerry Flaherty (fiancé Kimbery Dalluge Barlow) of Mason City, Iowa, Jeff Flaherty of Mason City, Jon (Cyndy) Flaherty of Kansas City, Mo., Jodi (Steve) Fisher of St. Mary’s, Iowa and Joei (Shad) Heinzerling of Mason City; nine grandchildren, Jordan and Tanner Flaherty, Tyler (fiancé Megan Falls) and Mackenzie Flaherty, Kaylyn, Jenna and Sydney Fisher and Avery and Isabel Heinzerling; sister, Catherine (Ron) Hageman of Calmar, Iowa; brother, Bob Flaherty of Lourdes; brother-in-law, Larry (Beth) Gardner of Florida; sister-in-law, Pat Lepa of Lime Springs, Iowa; brother-in-law, Dan (Diane) Gardner of Elma; and many nieces and nephews.
Tom was preceded in death by his parents, John and Mildred Flaherty; parents-in-law, Fred and Joey Gardner; sisters, Dorothy (Mike) Poshusta and Lorraine (Ed Polansky); sister-in-law, Janet Flaherty; and brother-in-law, Roger Lepa.