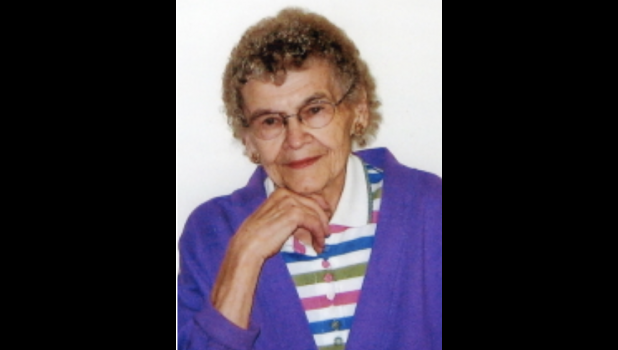 July 20, 1929 —
June 26, 2020
NEW HAMPTON - Verdene May Knutson, age 90, of New Hampton, Iowa, died on Friday, June 26, 2020, at the Bartels Lutheran Retirement Community in Waverly, Iowa.
A Mass of Christian Burial will be held at 10:30 a.m. on Wednesday, July 1, 2020, at Holy Trinity Catholic Church in Protivin, Iowa with Rev. Nick Radloff celebrating the Mass. Burial will be in the church cemetery.
Friends may greet the family one hour prior to the service on Wednesday at the church. If so desired, memorials may be given to the Bartels Lutheran Home in Waverly or the Cedar Valley Hospice.
Verdene May Knutson was born on July 20, 1929, in rural Chickasaw County near Protivin, Iowa, the daughter of Reuben and Emma (Vsetecka) Kalishek. While in grade school in Protivin, she learned to play the piano and the accordion. She later performed with several local bands.
On May 25, 1953, Verdene married Vitalis Andera at Holy Trinity Catholic Church in Protivin. The couple made their home in Waterloo, Iowa. He passed away on May 1, 1976 of an apparent heart attack.
On April 8, 1978, she married Harvey Knutson, and they made their home in New Hampton all the years the couple were together.
Verdene enjoyed gardening, embroidery and volunteering at nursing homes and the senior center. She had a love for playing the piano and accordion.
Harvey passed away on Nov. 24, 2016, and Verdene moved to the Waverly Bartels Lutheran Retirement Community in October 2018.
She is survived by her two sisters, Lorene Porter of Carlstad, Minn. and Carole Ann Wiltgen of Cedar Rapids, Iowa; many nieces and nephews; brother-in-law Duane (Janice) Carney of Unionville, Mo.; and sisters-in-law, Pat Andera of Waterloo and Elaine Knutson of New Hampton.
Verdene was preceded in death by her parents; her husbands; brother, Lydell (Jane) Kalishek; sisters, Juanita (Roger) Schluetter and Ruby (Delbert) Winter; sister, Mary Carney; brothers-in-law, Vern Porter, Guy Wiltgen, Merlin Andera and Wallace Knutson; and nephew, Larry Wiltgen.
Arrangements are entrusted with Hugeback-Johnson Funeral Home & Crematory.