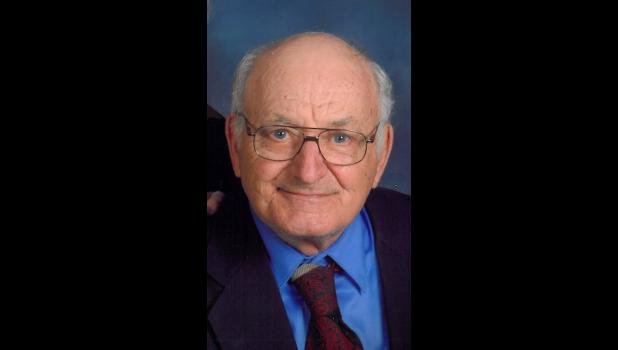 CRESCO - William J. ‘Bill’ Berka, 79, of Protivin, Iowa passed away on Wednesday, Jan. 11, 2017 in Mason City.
Mass of Christian Burial will be held at 11:00 a.m. Friday, January 20, 2017 at Holy Trinity Catholic Church in Protivin with Father Kyle Digmann presiding. Burial will be in Holy Trinity Cemetery Protivin.
Visitation will be held from 9:00 to 10:40 a.m. Friday, January 20, at the church, with Knights of Columbus reciting the rosary at 10:40 a.m. Hindt-Hudek Funeral Home in Protivin is assisting the family.
Bill was born on August 31, 1937 to James and Sophie (Komarek) Berka on a farm north of Protivin.  He graduated from Rudolphium High School in 1956.
He owned and operated Protivin Implement Co. and Bill’s Lawn and Garden, selling Lawnboy and Ariens outdoor power equipment for about 45 years.   Bill was a bus driver for the Turkey Valley Community School District and retired after 39 years.
Bill was a person of strong faith and had a firm belief in the daily rosary. He was a member of the Holy Trinity Catholic Church where he was a server, Eucharistic Minister, lector, member of the Czech Choir, and held many offices for the church and school. For 52 years, he was a member of the Knights of Columbus and was a past Grand Knight.  In 1987-1988, he was named State Knight of the Year.  He was also vice-president of the Senior Citizens Club.
He enjoyed fishing, hunting, playing cards, and had a love for cats.  He also traveled the country with a group of friends on their motorcycles.
He is survived by his nieces Marie (Robert) Moudry of Cresco and Norma (Ronald) Bullerman of Calmar; great-nieces, Lavon (Scott) Vickery of Naples, Italy and
Amy (Jamie) Hammersland of Elkader, IA; great-nephew, Adam (Kim) Bullerman of Urbandale; great-great-nephews, Blake Bullerman, Owen and Griffen Hammersland; sister-in-law, Mabel Berka, and special friend, Bernice Karnik.
He was preceded in death by his parents, James and Sophie Berka and brother, Edward Berka.