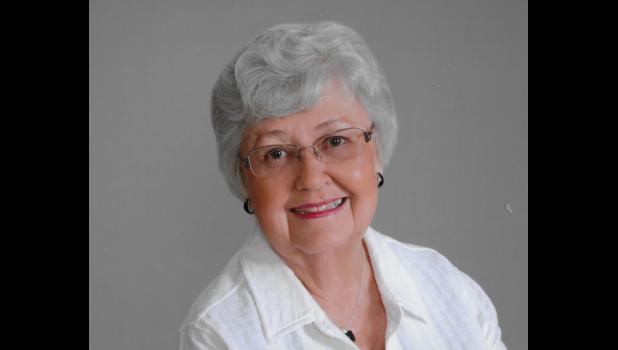 April 30, 1936 —
Feb. 20, 2021
CRESCO - Yvonne Nelson Franks, age 84, passed away on Saturday, Feb. 20, 2021, at home in Cresco, Iowa, following a courageous four-year battle with leiomyosarcoma.
Friends may call from 4-6 p.m. on Thursday, Feb. 25, 2021 at Immanuel Lutheran Church in Cresco. A private funeral service will be held. Burial will take place at God’s Acres Cemetery in Clermont, Iowa. Lindstrom Funeral Home is handling the arrangements.
Yvonne Marie Chapman was born on April 30, 1936, to Alice (Lantz) and Ray Chapman. She and her older brother, Bob, grew up in Elgin, Iowa. She was baptized and confirmed at the Elgin Methodist Church. In the spring of her junior year in high school, the family moved to Clermont, where she first saw a cute, freckle-faced young basketball player, Arthur (Bubby) Nelson, Jr., and they were soon inseparable. The couple was married at West Clermont Lutheran Church on Oct. 10, 1954, and started their marriage in Cedar Rapids, Iowa, where their first child, Kathryn, was born. The young family moved to Hudson, Iowa, in 1958, and soon Gary, Karen, Lynn and James followed, and their family was complete.
After Art’s early career in the dairy industry, he followed his dream of learning to fly, and the family moved to Clermont in 1969, where he was a commercial pilot and flight instructor. Yvonne assisted with bookkeeping and raising their family. Tragically, in 1973, Art was killed in an automobile accident. Although being widowed and a single mother of five at such a young age, Yvonne always provided a safe and happy home for her kids. She always said if she had to raise five children on her own, Clermont was the best place to do it, as there were countless friends and relatives to help look after the family.
She and Richard Franks were married on July 13, 1979. Yvonne adjusted to being a farm wife and made many friends in her new community of Cresco. She also became stepmother to Dick’s daughters, Barb, Vicky, Julie and Amy.
Dick and Yvonne moved from the farm to their current home in Cresco in 1997, where they enjoyed a retirement filled with travel and spending time with family and friends. They were members of Immanuel Lutheran Church.
Anyone who knew Yvonne will remember that she had a positive, sunny disposition, a radiant smile and always a kind word. Her children and grandchildren will remember her warm hugs, her constant humming and singing while taking care of her family, her unending support, her warm gingersnaps and delicious potato salad, but, most of all, her legacy of love.
She is survived by her husband, Dick; children, Kathy (Bob) Rear, Gary (Cindy) Nelson, Karen (Olin) Amundson, Lynn Nelson and Jim (Angela) Nelson; stepdaughters, Barb (Jim) Larsen, Vicky (Jerry Kuene) Reicks, Julie (Jim) Arce and Amy (Chris) Thompson; and grandchildren, Bryan Rear, Kaitlin Zern, Dan Nelson, David Nelson, Tim Amundson, Alec Amundson, Michael Nelson, Chloe Nelson, Lauren Nelson, Bryan Mailey, Stephanie Kreiner, Jenny Svesta, Chris Samec, Adam Samec (deceased), T.J. Wold, Joey Cross, Joshua Cross, Donnie Nichols and Megan Thompson. Between Yvonne and Dick, they were proud to have 19 great-grandchildren.