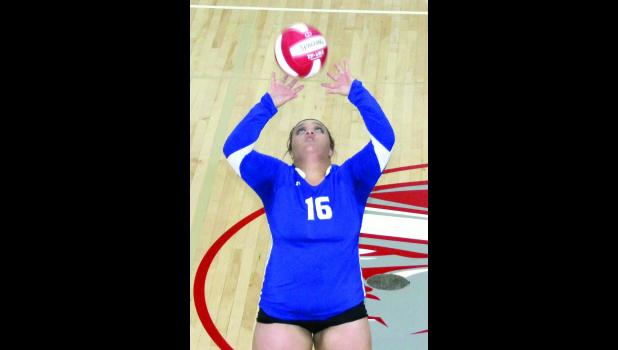 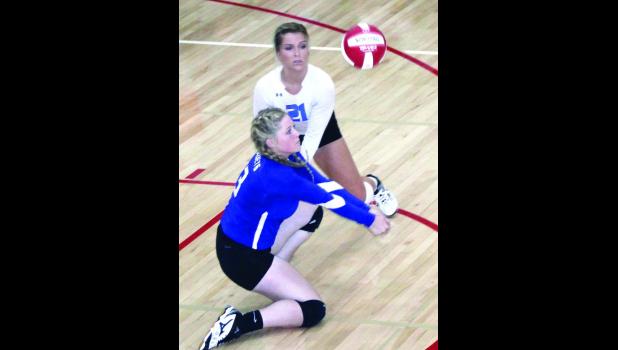 By:
Nate Troy
TRIPOLI -  The Crestwood volleyball team opened its season on Thursday, Aug. 24 by losing to Sumner-Fredericksburg and Tripoli at Tripoli High School in two hard-fought matches.
Sumner-Fredericksburg down the Cadets in two games, 25-20 and 25-15. Tripoli defeated Crestwood in two games, 25-7 and 25-16.
Crestwood Head Coach Robin Gossman said the Cadets need to show solid improvement as the season progresses.
“I thought the matches at Tripoli were poorly played by us,” Gossman said. “To be brutally honest, our team did not represent Crestwood the way I thought they would.
“The competition was great, but we played lazy defense, and the offense never had a chance because defense creates offense. We needed to serve aggressively, and we did not. Once we understand the difference between aggressive and passive, we will be a different team,” Gossman said.
The Cadets will host Waverly-SR on Sept. 5, and they will host the Kepros Tournament on Sept. 9 at 9 a.m.
Crestwood statistics from each match are listed as follows.
Cadets vs. Tripoli
Crestwood completed 19 of 20 serves, had five kills, six assists and eight digs against Tripoli.
Kayla Lentz connected on six of six serves and had four digs. Emma Mannery was four of four serving and had two assists. Maddie Steffen completed three of three serves and had one dig.
Shannon Pisney had two kills and one dig. Sharon Goodman had one kill and one solo block. Danielle Ahern and Jacey Bina each had one kill.
Cadets vs. S-F
Crestwood completed 30 of 35 serves, had 12 digs, seven assists and 11 kills against Sumner-Fredericksburg.
Lentz was six of seven serving and had five digs. Steffen was five of five serving and had two digs. Audrey Grinhaug was four of four serving.
Goodman tallied three kills and three solo blocks. Pisney had four kills and completed four of five serve attempts. Mannery had four assists and completed four of five serve attempts.
Taylar Pecinovsky had three assists and completed four of five from the service line. Bina had two kills. Kaylee Thomas had two digs.
Cadets take on South Winn
Facing South Winn on Aug. 29, the Cadets lost a hard-fought match to the Warriors, 3-2 (16-25, 25-18, 25-27, 25-18, 14-16). Statistics will be in the Sept. 6 issue of the TPD.