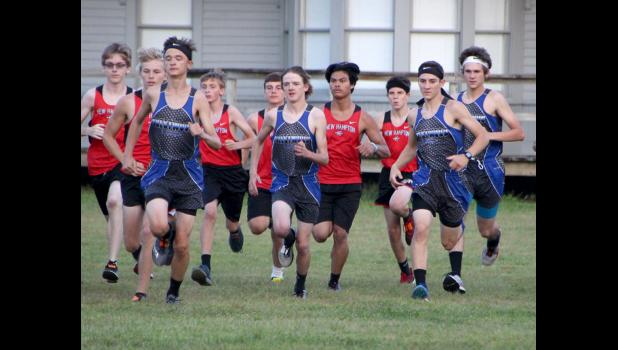 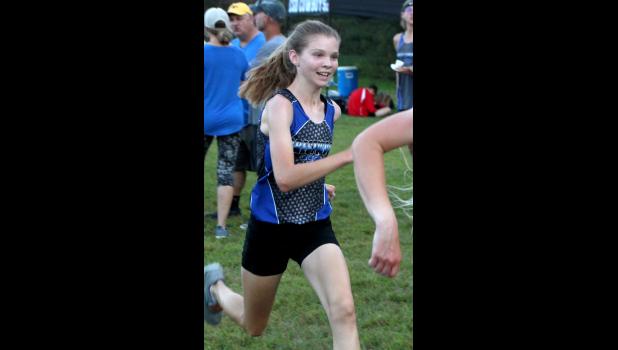 By:
Nate Troy Sports Editor
WAUKON - The Crestwood boys’ and girls’ cross country teams both ran well at the Waukon Invitational on Sept. 24 as the boys’ team took second with 79 points while the girls’ team finished sixth with 143 points.
Because of the weather, the varsity and Junior Varsity athletes ran together in the same race.
In the varsity boys’ race, Ethan Govern, Bryden Juelsgaard and Justin Nibaur all finished in the top 20 to earn medals. Govern was third in 18 minutes, 39 seconds. Juelsgaard took sixth in 18:47 and Nibaur was 15th in 19:06. Nathaniel Bigalk placed 28th in 19:48.
“All of our guys had a very good night to finish second,” Cadet Coach Jim Obermann said. “There were a lot of talented runners in both the boys’ and girls’ meet, including six ranked teams. For us to place second in the boys’ meet showed that we had a good meet.
“Ethan Govern had a tremendous race. He is putting together a good season. Bryden Juelsgaard and Justin Nibaur also did a good job of leading us. We also had good races from Nathaniel Bigalk, Ethan Mast, Caleb Kammerer and David Meinecke. David continues to keep getting better. He’s made a strong step forward in his mental approach. Jeremy Andera and Luke Stortz both had nice races,” the coach said.
In the varsity girls’ race, Rachel Steffen finished 17th in 23:05 to earn a medal. Kendel Slavin took 27th in 23:27 and Olivia Ollendick was 29th in 23:45.
“Because the varsity and JV kids ran together, the race was more challenging, but the girls competed well,” Obermann said. “A couple girls struggled, which is part of the sport. But overall, everyone gave a good effort. We always tell our kids to have the best race they can have on that particular day. All of our girls always work hard.
“Rachel Steffen, who was our only girl medalist, had a fine race. Kendel Slavin, Mattie Slavin and Tara Koshatka all had a solid race. Libby Labosky was reliable,” Obermann said.
In the Junior High girls’ race, Laney Peter placed second for Crestwood in a time of 14:23. Erica Ollendick finished 28th in 16:56. The Cadet girls’ placed sixth as a team with 132 points.
The Junior High boys’ race saw Dominic Bigalk placed third for the Cadets in 13:03. Brooks Moser was 43rd in 15:44.
The next meet for the Cadets will be on Saturday, Oct. 5 at 9:30 a.m. at the Cresco Country Club.