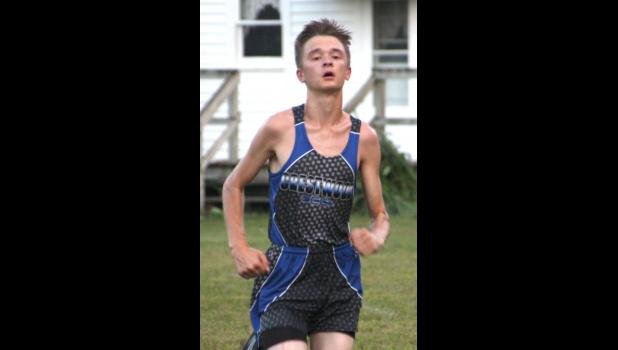 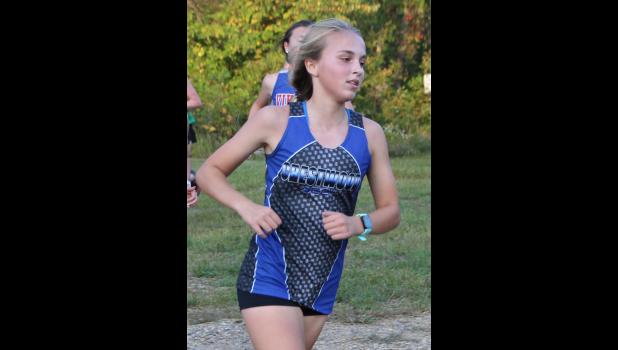 By:
Nate Troy Sports Editor
CHARLES CITY - The Class 2A No. 13 Crestwood boys’ cross country team grabbed third place at the Northeast Iowa Conference Meet on Oct. 15 with 100 points while the No. 14 Cadet girls’ team took fifth with 99 points.
Class 3A No. 7 Decorah won the team title in both the boys’ and girls’ meets. Waverly-SR was second in the boys’ meet and No. 7 Charles City took second in the girls’ race.
In the varsity boys’ meet, Bryden Juelsgaard posted the highest finish for the Cadets as he took third in 17 minutes, six seconds to nab All-NEIC honors. Justin Nibaur was 16th in 17:38 and Ethan Govern placed 17th in 17:43.
In the varsity girls’ race, Olivia Ollendick placed 11th in 20:43 to snag All-NEIC honors. Rachel Steffen was 18th in 21:21 and Kendel Slavin took 20th place in 21:48.
The Junior Varsity girls’ meet saw Madison Brace finish 27th for the Cadets in a time of 23:51. In the JV boys’ meet, Nathaniel Bigalk finished 21st in 19:23.
In the Junior High boys’ race, Dominic Bigalk placed fifth for Crestwood in a time of 12:22 for two miles. In the Junior High girls’ meet, Cloey Horns placed 31st for Crestwood in 15:07.
Crestwood Head Coach Jim Obermann said he was thrilled with the way all the Cadet runners competed at the NEIC meet.
“All of our kids performed well and some had their best (finishing) times of the year,” Obermann said. “We ran on this course during the first meet of the year (on Sept. 5). Some of our kids improved their times by two or three minutes.
“In the varsity girls’ race, only 10 points separated the third, fourth and fifth place teams. The meet included some ranked teams such as Decorah, Charles City, Waukon and Crestwood. We knew we would face tough competition, but everyone ran well,” the coach said.
He was happy to see Olivia Ollendick nab All-NEIC honors by placing 11th.
“Olivia ran her best race of the year,” Obermann said. “She is running with a renewed focus and confidence, which is great to see.
“Kendal Slavin and Kyleigh Foster both improved their times. Rachel Steffen and Libby Labosky also ran well. Overall, all of our kids had solid races. We were able to use this meet as a good way to get ready for the State Qualifying Meet (on Oct. 24),” Obermann said.
The coach was excited to see the varsity boys’ squad nab third overall, which is the highest the team has placed since Obermann started coaching them in 2004.
“This was a good night for the boys,” Obermann said. “We knew that if we ran well as a team, we could place third.
“Bryden Juelsgaard had his highest finish (third) to earn All-NEIC honors. He has gained a lot of confidence this year, and he has become a good leader for us.
“Justin Nibaur (16th) and Ethan Govern (17th) narrowly missed earning All-NEIC honors, but they both ran well. Caleb Shea posted his best time of the season (18:43). He has come along well and he keeps getting better."