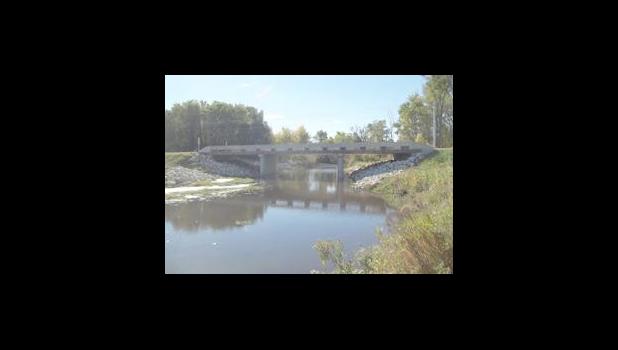 County has been busy on bridges over summer

Howard County - Since 2010, Howard County has seen some extra money come into its coffers by way of two separate TIFs (Tax Increment Financing) from the wind farms in the western part of the county.

So far this year, five bridges have been completed with the last one scheduled to be finished by Thanksgiving.

Completed bridges include 140th St. east of Douglas by Acme; 170th St. west of Lilah’s Marsh; Saint Ave. between 180th and 190th St.; and Robin, south of Schley, between 175th and 180th. A water stream crossing was added on 125th between Maple Leaf Road and Jade Ave. The bridge still being worked on is on Maple Leaf Road, north of 125th.

The county has been looking at the usage and condition of the bridges to decide the replacement order. The TIF funds have certainly been a benefit to the infrastructure of the county as it has 209 bridges that are longer than 20 feet.

Besides bridges, the county has been working on repairing roads from the June 22 storm that caused substantial damage west of Hwy. 63 and north of Hwy. 9. Other parts of the county were also affected, but with less damage. “There was $170,000 worth of damage and 85 percent was paid by FEMA,” Rissman said.

It’ll be another few weeks to a month before the county starts switching gears to readying for winter.