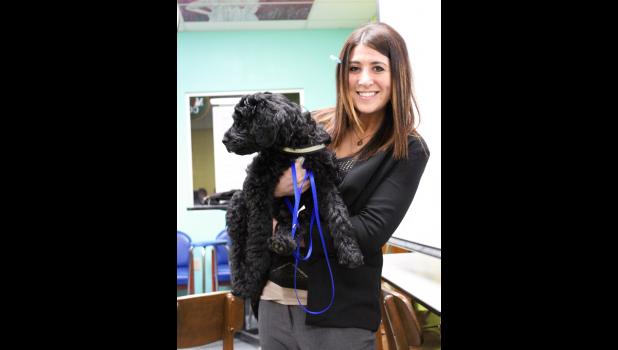 By:
By Marcie Klomp News Editor tpdeditor@crescotimes.com
Howard County - Sometimes the traditional 8 a.m. - 3 p.m. structured high school is not conducive to success for some students. They need a different way of learning or maybe a different schedule. That is where Crestwood Alternative School fits in.
Julie Montgomery, head teacher of the alternative school, gave a report to the Howard-Winneshiek Community School District Board of Education on Feb. 13.
“The number one goal of students is to graduate. Maybe some students can’t be in school for seven-and-a-half hours a day. We do what we can to help them,” she explained. Some kids take classes at the school, some take a few classes at Crestwood High School and other take classes at NICC.
Montgomery, along with associate Jennifer Scheidel, are working with 18-19 students this year. In the past five years, they have seen 22 students graduate, with four more to graduate this spring.
There are different reasons why the students opt to go to Crestwood Alternative School. They may have felt bullied in the regular school, they may have had problems at home, they may be single mothers or they may need to also work a job to help with family finances.
Denise Headington, school social worker, added, “I’ve seen kids walk the halls last year with their head down. After starting at the alternative school, they are totally different children. They have a light to them.”
“Sometimes they think of the school as a second home, and Jen and I are family,” Montgomery stated.
One of the first years Montgomery was teaching, she had five teenage moms in her class. Some of those kids are seniors now.
One success story of the alternative school is Brian. He was on hand to tell the board his goal of going to college for CNC (Computer Numeric Control, the automation of machine tools that are operated by precisely programmed commands). He also wants to live in Howard County.
When asked what the best part of Crestwood Alternative School is, he said, “four classes.” That will allow him to take classes, then go to work at his new job from 2:30-10 p.m.
Board president Duane Bodermann told Brian to stick with the job and gave an example of one of his dirtiest jobs. After three days, it wasn’t so bad. “Don’t give up,” he advised.
The less structured atmosphere of the alternate school has been successful for many students. Their attendance has changed and they are more optimistic about their future.
Scheidel noted, “Some kids would have dropped out by now if not for the alternate school. Working here is very rewarding.”
• In other business, Headington introduced Howie the goldendoodle to board members.
After talking to Alicia Martin, special education, about the need for a therapy dog at How-Winn, Martin and her husband decided to help out. They were looking at getting a puppy anyway, so why not help the school in return.
Howie will be attending puppy kindergarten and when finished with training, can hopefully bond with students.
There will be no cost for the therapy dog to the district. Martin owns Howie, and hopefully the training will be paid for with a grant from Howard-Winneshiek Community Schools Foundation. Martin, her husband and Headington will also take the training with Howie.
“Other schools have documented the benefit of therapy dogs,” said Headington. “Attendance for some students has increased.”
Board member Toni Johnson asked about the district’s liability and legalities associated with the dog. Martin explained Howie would have his own insurance.
Look for Howie to help students in the next school year.
How-Winn school board members continue to support programs that will enable students to succeed in life.