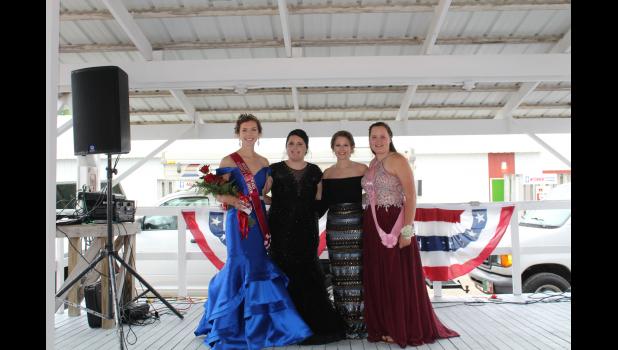 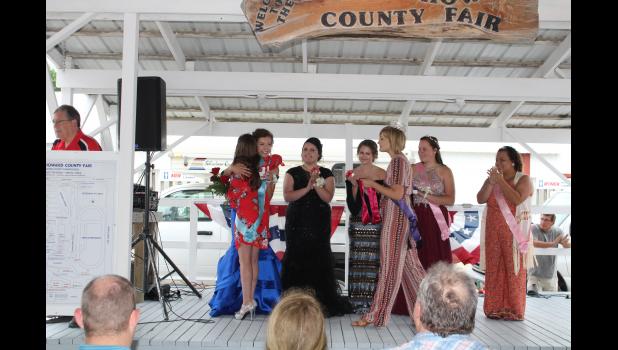 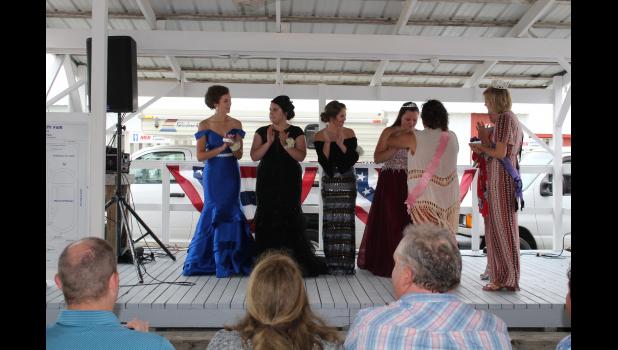 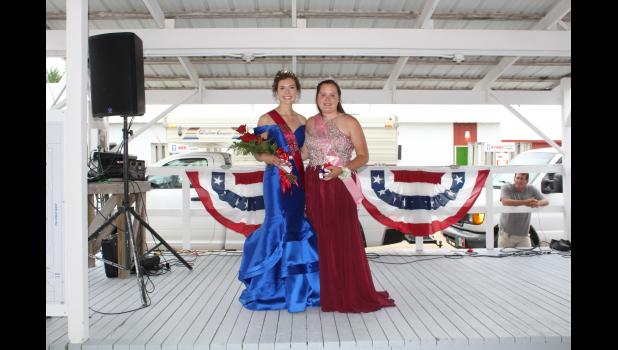 By:
Marcie Klomp News Editor tpdeditor@crescotimes.com
Cresco - Tom Barnes, Executive Secretary of Howard County Fair Board told those gathered for the 30th annual queen coronation, “We have four quality young women who have entered the contest. We really enjoy this part of the fair.”
Hope Dohlman was crowned queen, with Karissa Stika as princess. Dohlman was also chosen as Miss Congeniality by the other candidates.
Before the winners were announced, Barnes introduced each of the candidates as they were being escorted by their parent(s) to Scheidel Plaza.
The first was Dohlman of Cresco. She was sponsored by CUSB Bank. After listing her many achievements and activities, Barnes asked if she has a boyfriend. After being told “no,” he quipped, “That’s because she’s a really fast track star!”
The master of ceremonies noted Cassie Hosek always has a smile on her face, as he named everything in which she is involved, including major roles in FFA.
Barnes was very proud to say the queen contest had a first with Kayla Hruska. She is the first candidate who is a member of Cresco Area Clay Crushers.
Stika also had a long list of accomplishments, including being a Certified Nursing Assistant.
Trying out for queen takes some dedication before the fair. The girls have a full schedule of events on the Wednesday before coronation by interviewing with judges, having a luncheon and attending the Fair Board Appreciation Dinner. They all carried themselves well.
Outgoing Princess Emma Mannery said her favorite part of the process was handing out ribbons at the 2017 fair, along with hanging out with her best friend, Queen Sami Bigalk.
Bigalk thanked the entire community for supporting the royalty. “It was rough at first, but we got it done!” She then gave a plaque to Barnes in appreciation of the Fair Board from the two young women. It reads, “Thanks is one of the happiest and heart-felt words anyone can say. It may be just one little word, but within those six letters are so many smiles, sweet feelings and very wonderful thoughts. Thank you for your support.”
Iowa State Fair Queen for 2017 Jacqueline Ehrlich of Dubuque County explained she will be attending 43 state fairs before the 2018 contest. “We will put 10,000 miles on our little Camry over the next two months!”
One tradition of the fair queen contest is asking the candidates their favorite part of the Mighty Howard County Fair. Stika’s favorite part is “seeing everyone come together to show projects.”
Hruska answered, “The cattlemen’s stand and ribeye sandwiches. Come try them!”
Hosek said her favorite part is watching the fair grow. “It grows every year with more and more people coming.”
Dohlman enjoys the traditions. “When I was little, it was showing bucket calves. Every year, we are making new traditions.”
Barnes acknowledged Anna Myers for her long-time involvement with the fair queen contest. She’s been doing it since the first year in 1989.
After all the hugs and pictures for the candidates, attendees spread in all directions to find their next event at the Mighty Howard County Fair.