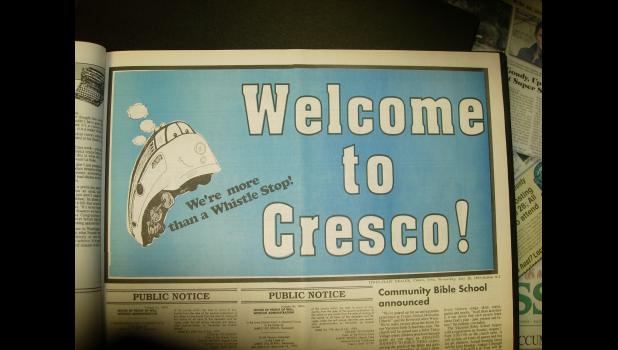 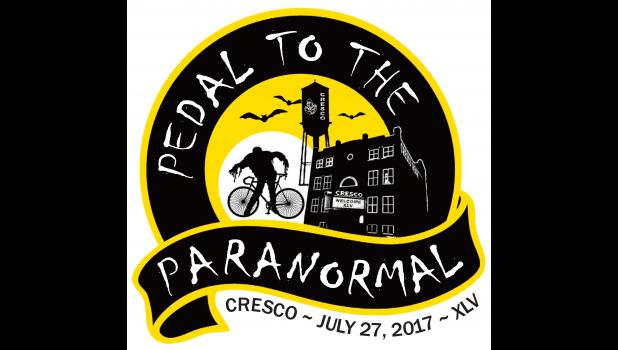 By:
Marcie Klomp News Editor tpdeditor@crescotimes.com
CRESCO - RAGBRAI XLV isn’t Cresco’s first rodeo. The county seat was a pass-through town in 1993 and had so much fun, it hosted overnight stays in 1996 and again in 2005. For those who attended these prior to the Register’s Annual Great Bicycle Ride Across Iowa events, some of this information may ring a bell.
RAGBRAI XXI: In 1993, the theme paralleled the town’s strong railroad history with “Cresco — We’re More Than a Whistle Stop!” The committee made sure the Heritage Train’s whistle was working to welcome riders to the downtown area.
The expected crowd was around 12,000. Ken Becker was RAGBRAI® chairman. The riders overnighted in Sioux City, Sheldon, Emmetsburg, Clarion, Osage, Decorah, Manchester and Dubuque.
Entertainment has always been a huge part of RAGBRAI®, and it was no different 24 years ago as acts included Pam Ollendieck played piano; Marcia Murray, Barb Holstrom and Karen LeFebvre were soloists; the Community Band performed; Elm Street  Singers wowed the crowds; there was a line dancing segment; programs by Farm Bureau Women and Cresco Community Theatre and Charlie Miller and RAGBRAI Friends.
RAGBRAI XXIV: Cresco proved its ability to take care of thousands of extra visitors, so three years later, in 1996, it was named an overnight stop, when the event began at Sioux Center and went on to Sibley, Estherville, Lake Mills, Charles City, Cresco, Fayette and Guttenberg.
The expected crowd was around 15,000. Tom Barnes was chairman.
The town’s theme was “Cresco, Iowa, Where the Wheels are Always Turning.”
Businesses and residents all got in the spirit as bicycle displays went up all over town, including a 30-plus bicycle display from Greg Thiele.
The Heritage Train was to be started and the horn sounded in celebration of the throngs of people descending on Cresco.
Other entertainment included the Turkey River All-Stars, Cresco Community Chapel Youth Group, Faithful Heart, The U.S. Army Band and an old-fashioned medicine show.
RAGBRAI XXXIII: Cresco again was an overnight town in 2005, when the route went from LeMars to Sheldon, Estherville, Algona, Northwood, Cresco, West Union and Guttenberg.
The crowd was expected to be 15,000-plus. Tom Barnes and John O’Byrne were co-chairs.
The theme was “Cresco, The Greatest Show on the Road!”
Entertainment included Second Hand Band, Les Fields and the Turkey River All-Stars (Do you see a pattern here?), Jonis, Misfit Tops, Skeeter Louis, and The U.S. Army Band.
RAGBRAI XLV: On July 27, 2017, riders will again be overnighting in Cresco with the theme “Pedal to the Paranormal.” Other overnight towns along the route are Orange City, Spencer, Algona, Clear Lake, Charles City, Cresco, Waukon and Lansing.
The ride has grown a lot over the past 12 years, and locals are expecting 20,000-25,000 people. There is an Executive Board of Tom Barnes (another familiar name), Jason Passmore, Katie Ferrie, Mary Ann Neuzil and Steve McCarville.
Entertainment this year includes, you guessed it . . . Les Fields and the Turkey River All-Stars, along with S.O.C. Band, EF5 Band, Six to Midnight and Rock Godz.
The people of Cresco and Howard County have enjoyed hosting RAGBRAI® all four years and are looking forward to doing it again in the near future!