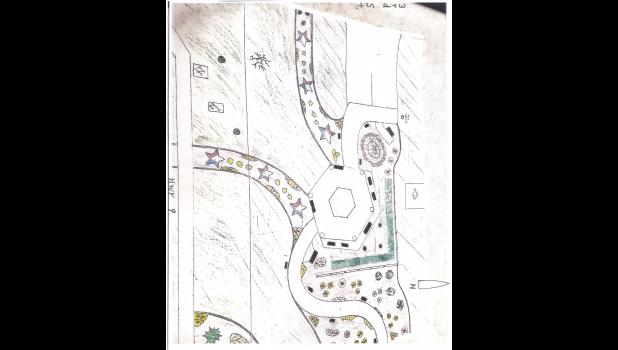 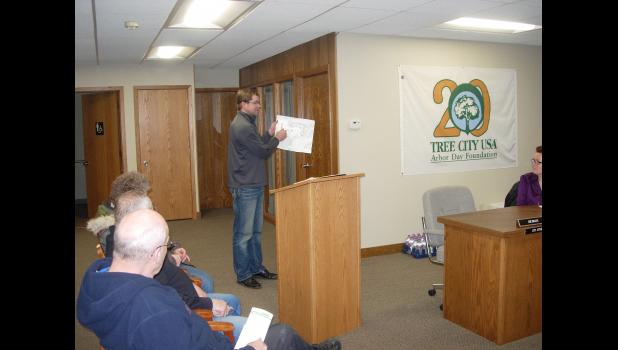 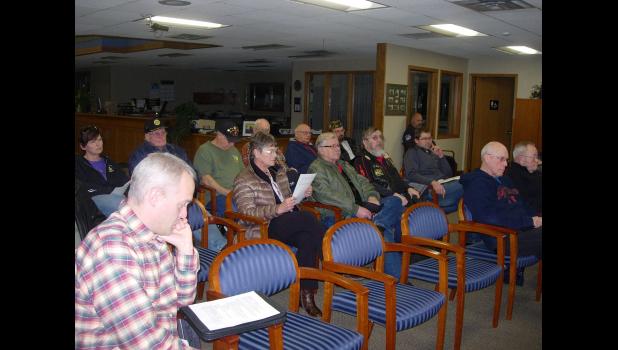 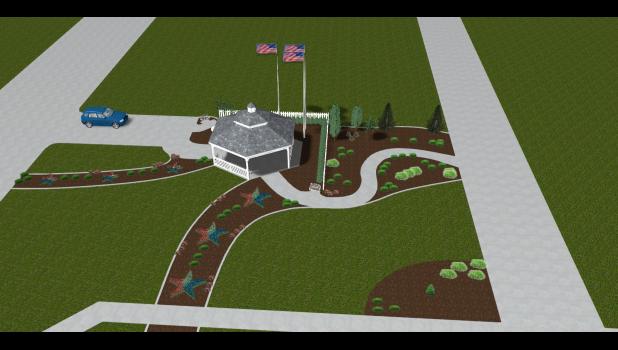 By:
By Marcie Klomp News Editor tpdeditor@crescotimes.com
CRESCO - Freedom Rock is a great tradition for each county in the state of Iowa. Some of the first rocks, which honor the nation’s veterans, were painted in a field, on a hill,  with no hype involved.
Howard County’s Freedom Rock in Cresco is going to be the centerpiece of a landscape designed to be a moving experience in more ways than one.
Artist Ray "Bubba" Sorensen II’s mission is to paint a mural honoring veterans on a huge rock in each Iowa county.
He is set to paint Howard County’s rock in October 2017.
Before then, though, Chris Reicks of Reicks Monument & Stone is going to make the rock the main feature in a landscape that recognizes veterans and the wars in which they served.
Reicks, along with American Legion Post 135, which is spearheading the project, and Legion Riders attended a meeting at Cresco City Council on Feb. 6 to explain the Freedom Rock Project. Jim Perry of the Legion said, “The biggest thing is we want to thank the City Council for giving us the land.”
The City has allowed the area where the old water works building was located, on the corner of Highway 9 East and 3rd St. West, as the setting for Howard County’s Freedom Rock.
Perry introduced Reicks, who explained his vision for the park-like area. “But our main focus is the Freedom Rock. The objective of this design is that we want you to stop, to get out of your car. I think this is a one-hour stop.”
Incorporated into the landscape will be nine black granite monuments that will give information on the nine major conflicts in United States history. The information will include casualty numbers and the dates it took place.
There will also be benches and a remembering fountain. “Hopefully, sitting there, it lets you remember the freedoms we have.”
On the east side is a bike trail. There will also be star-shaped flower beds. A drip water line for the annual bed. “All the color in the front will draw your eye to the rock,” Reicks explained.
The rock itself is smaller than most of the other Freedom Rocks that have been painted since the project began in 2009. The plan is to have a 1-2 foot base on which the rock will be placed. Sorensen’s design has yet to be revealed, but the shape of the rock will allow him to use his creativity in a whole new way.
Howard County’s Freedom Rock and landscaping project will be one of the first if not the first to have a cover.
This year the painter recommends a gazebo to cover the rocks from now on to help preserve the painting. Behind the rock will be a vinyl fence so the eye does not wander past the rock.
Also there will be nine flag poles around the gazebo representing the United States of America, the State of Iowa, POW/MIA and the Armed Forces — Army, Marines, Navy, Air Force, Coast Guard and Merchant Marine.
Besides a brick walk, plantings and monuments, another feature will be a pondless waterfall that has water storage underground.
In addition to designing and establishing the landscaping, Reicks said he would help with the upkeep and winter preparations for years to come. But Perry did ask if the City would be willing to mow the grassy parts of the landscape.
Local organizations associated with the Freedom Rock Project include all the American Legion Posts and Auxiliaries in the county, the VFW and Auxiliary, the Chamber and others.
The plans for the Freedom Rock go above and beyond to have an oasis for those wishing to view the rock. The setting will likely be one of the most detailed to date in the state.
With everything in place with the City, Perry noted fund-raising will be starting in the immediate future.
Donations are needed to make the project come to fruition. Grants have been written, but donations will be needed to complete the project.
In the next week or so, there will be a list of landscape items individuals or groups can donate to and get their name on it. This includes benches, the monuments, flag poles, planters, the gazebo and more.
Donations are also being accepted at CUSB Bank for the Freedom Rock. For more information, or to find a project to sponsor, contact Perry at 563-379-7697.