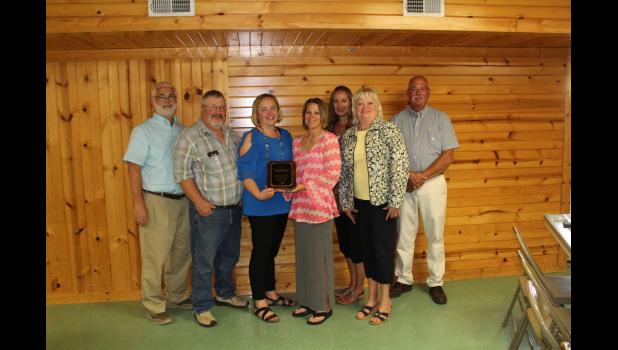 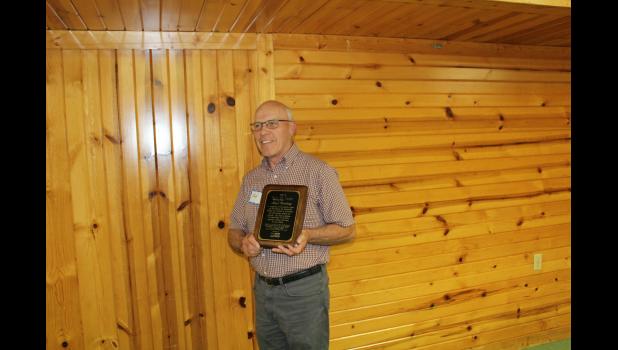 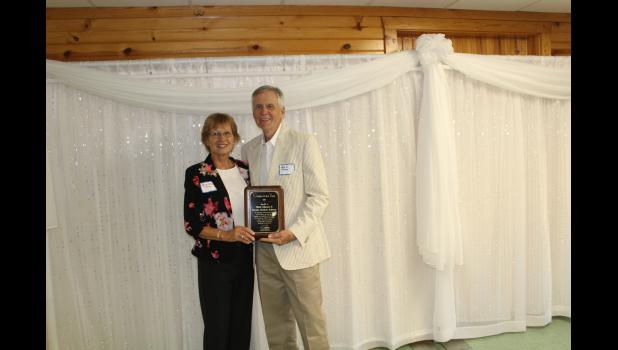 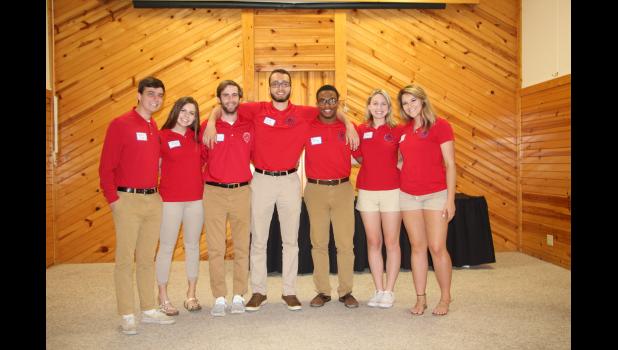 By:
Marcie Klomp News Editor tpdeditor@crescotimes.com
CRESCO - Jason Passmore, executive director of Howard County Business & Tourism, welcomed everyone to the banquet and introduced President Alison Holten.
She spoke about problems facing the area. “Howard County has challenges to overcome, as do other rural and urban counties in Iowa. Two of the challenges that are being discussed on a regular basis are not enough employees to fill the open job positions and low inventory of housing. If you think about it, these two challenges go hand in hand.
“In April’s Iowa Workforce Development unemployment report, Howard County’s unemployment rate was at 2.8 percent. The Federal Reserve lists full unemployment at five percent, but some economists argue that full unemployment is four percent. Whichever number you look at, Howard County is fully employed. But the numbers do not have to tell you that, just pick up a local paper and turn to the help wanted section. Every sector of Howard County’s employers are hiring.”
Although the employment and housing issues seem grim, Howard County is still a great place to live.
Dan Evans, publisher of the Times Plain Dealer, gave out awards to some deserving folks.
• The Organization of the Year was given to the B.R.I.D.G.E. Organization of Elma and all its subsidiary committees and groups, including Entertainment, Christmas Lights, SOCC (Serving Our Community Committee) and Spruce Up Elma, to name just a few.
B.R.I.D.G.E. also partners with other local non-profits, such as Elma Area Wellness Center, Elma Early Childhood Center, Elma Fire & Rescue and Elma Area Community Foundation.
Shannon Gebel of SOCC accepted the award, saying all the events and projects being sponsored by SOCC and B.R.I.D.G.E. would not be as successful without the help of the entire community.
• Mark and Brenda Steffens Johnson accepted the Citizens of the Year Award for their dedicated work with the ski trails at Vernon Springs, along with their other volunteer efforts. Mark told the crowd, “We’ve done this a long time because we love to do it, and we love the community.”
• The Hall of Fame Award was given to former Sheriff Mark Grinhaug. His long list of volunteer deeds was impressive as Evans read them off.
Grinhaug joked, “Where was all this good publicity when I was an elected official?!” He commended his parents and siblings for also being giving people.
Congressman Rod Blum was the night’s speaker. He kept his address on the light side. “I was in Washington, D.C. last week and am happy to say I’m glad to be back in the United States.” He stated he was a businessman before a politician.
The favorite part of his job in D.C. is to greet Honor Flight members from his district. “I will miss any meeting I have if there is an Honor Flight,” he noted.
He commended Howard County residents on their positive attitude. “I represent 20 counties and have noticed the successful small towns all have spirit. Their residents are optimistic. People do it with a smile. You’re almost always looking for the next project.” He said he could see that attitude in the honored individuals and organization.
Blum was impressed with Featherlite. “What a success story! Wow! We saw some amazing trailers, and there are only two robots in the entire plant.”
He named some of the bills he sponsored or co-sponsored:
• Setting term limits
• Eliminate government employees flying first class on tax dollars
• Eliminate luxury leased cars
• Eliminate Congressional pension program
• Make those who used the sexual misconduct slush fund pay it back
In addition, he said the budget needs to be balanced.
“There are three groups of people our government needs to help: Veterans, senior citizens and children and adults with special needs.”
Passmore then thanked all the communities and people of Howard County, including the Board of Supervisors.
There is a misconception in the area. He said, “We don’t have a job shortage. We have an employee shortage.” But he says employers and businesses are still growing.
A ribbon-cutting was held at Featherlite’s new employee training center that day. Donaldson is expanding. Alum-Line added on, allowing 10 more jobs. German Heritage Furniture is growing and so is Camp Site RV. Upper Iowa Beef is running. Riceville has a new Dollar General and 10th Hole Inn & Suites. Passmore also held up B.R.I.D.G.E. as a successful organization helping to improve the Elma community.
Robin Schluter concluded the program by thanking Passmore, Spiff Slifka and Kelly Gosch for their work for Howard County Business & Tourism. She spoke about how exciting it was to see all the accomplishments at Featherlite and the Ag Education Center. “We have to be thankful for all this community gives to attract new families. And we are attracting families. We see it every week [at Regional Health Services of Howard County].”