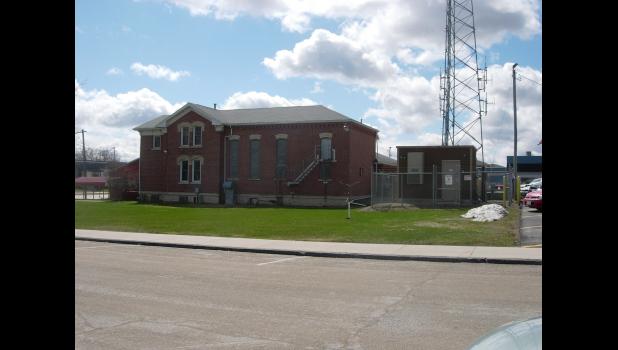 By:
Marcie Klomp News Editor tpdeditor@crescotimes.com
“I’m excited we have three local contractors get the low bids. There was a good turnout of bids, a lot of competition for the contractors.” —Sheriff Mike Miner
CRESCO - Bids for six different contracts were opened at a special bid opening meeting on Jan. 18.
When the dust had cleared, John Hansen of Midwest Construction Consultants had added up the low bids on each of the contracts, and they came $625,000 under the $5 million bond.
The bids were due at 3:30 p.m., with the opening to begin five minutes later. One bid was presented four minutes before deadline and another was turned in at exactly 3:30.
Hansen noted coming in just under the wire is common practice as contractors are waiting for the last minute, literally, for the latest numbers on which to bid the project.
Agencies funded by tax payer dollars are required by law to accept the lowest bid, unless there is a legitimate reason to choose another contractor. All the low bids were accepted at the Monday, Jan. 22 Supervisors meeting.
Jan McGovern commented about the bids being lower than expected. “It is a nice, pleasant surprise.”
Local companies having the lowest bids were Cresco Building Service of Cresco and Casper Plumbing & Heating and See Electric, both of Decorah.
At the meeting, Hansen stated, “We got some excellent bids on the project. I was expecting it to be $100,000 under budget, but it was $625,000 under budget!”
Sheriff Mike Miner smiled, “I’m glad to have [the bids] over. Now we can move on to the next step.”
At Monday’s Supervisors meeting, it was learned the three alternate projects of the basement, work release section and swing cell area will be able to be funded for an additional $375,279. With that and other miscellaneous items added in, the project will allow $211,279 for contingencies (overruns or unforeseen circumstances).
Timeline
• Feb. 6-9: Tentatively move the prisoners from Howard County Jail to Winneshiek County Jail.
• Feb. 21: Move dispatch from Law Enforcement Center to basement of courthouse (former engineer’s office).
• Feb. 21: Move Sheriff’s office to Community Health Building. Miner noted, “It’ll be crowded, but we’ll make it work.”
• March: Hopefully remove key pieces of jail for history sake, and then start demolishing the 1882 jail.
• March 2019: Open new jail.
Miner added, “I’m excited we have three local contractors get the low bids. There was a good turnout of bids, a lot of competition for the contractors.”
Tom Barnes, First Vice President of Cresco Building Service, was happy to get the low bid on the jail project. “We squeezed it pretty tight. We knew the second place contractor was pretty aggressive. We used some local businesses to help us with the project, plus it benefits the local community. We want to keep it as local as we can.”
CBS is no stranger to working on jails. They just completed the Winnebago County jail at Forest City. “It is the same consultant and engineer, so the detailing and other stuff is the same, so that helped.”
Bids
• General Construction (with at least 16 companies asking questions), with those submitting bids:
~ Cresco Building Service had the low bid at $1,989,762
~ Olympic Builders at $2,111,000
~ Tri-Con Construction Group at $2,880,000
• DEC (seven companies for security items)
~ Noah Detention Construction of Florida at $630,488
~ WDSI at $693,865
~ Design Supply Inc. at $742,705
• Plumbing (nine companies)
~ Seven Rivers Mechanical of LaCrescent, Minn. at $244,905.90
~ Winona Controls at $278,323
~ Tony’s Plumbing at $288,029
~ Mracek Plumbing, Heating & Electrical at $291,305
~ Jim & Dudes at $334,815
~ Proctor Mechanical at $374,420
• HVAC-Heating/Ventilation/Air Conditioning (12 companies)
~ Casper Plumbing & Heating of Decorah at $410,171
~ All Seasons at $421,781
~ Mechanical Air Systems Co at $480,637
~ Proctor Mechanical at $522,030
• Electrical (11 companies)
~ See Electric of Decorah at $351,125
• Fire Sprinklers
~ Midwest Automatic Fire Sprinkler of Des Moines at $60,564
~ Blackhawk Sprinklers at $72,800
~ Viking Fire Sprinkler at $107,508
~ Winger Mechanical at $120,223
~ Olympic Fire Protection at $199,500
• A combined bid was also an option for all contractors.
~ Proctor Mechanical  bid on plumbing and HVAC for a total of $886,820, which was over the combined low bids of $655,076.
~ Olympic Builders bid on general construction and electrical for a total of $2,758,271, which was over the combined low bids of $2,340,887.