Skip to main content
Home / News / The theme:‘Pedal to the Paranormal’ 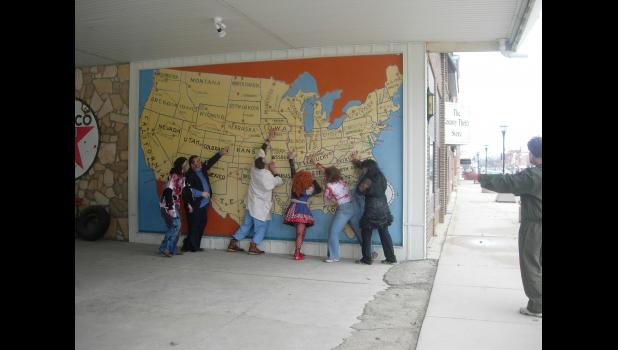 The theme:‘Pedal to the Paranormal’

CRESCO - As with many great ideas, one inspiration led to another, which led to another, with the end result of Cresco’s RAGBRAI® XLV theme being “Pedal to the Paranormal.”
Cresco and Howard County are not scary places, but they do have a few curious and unusual occurrences that are beyond scientific explanation.
Mix that with the fascination in movies and television of the undead, and the paranormal theme was established. Planning sessions brought up some really crazy ideas, and lots of brainstorming took place (The zombies would have been very hungry!).
Cresco is not your average town. Residents feel they are one-of-a-kind hosts and found “Pedal to the Paranormal” to be a very  fun theme for all involved . . . costumes, signage and overall decorations.
Multiply 45 years of riding by the number of host and pass-through towns, and it is hard to come up with a first-time theme. Cresco did it!
The ghost
First and foremost is the ghost in Cresco Theatre & Opera House, which is located right next to where the evening’s entertainment will be performed on Thursday, July 27. It is listed number four of the 10 most haunted theatres in the Midwest, as well as being listed in several books/articles as being haunted.
There are a few locals who can attest to having unexplained experiences at the theatre.
A woman said she and a friend were part of one of the many productions put on at the theatre. “We went to the second floor, where all the costumes were stored. Between the row of costumes, we saw a lady in a colonial dress. She walked from one rack to the other. We thought it was the person who was to fit us for our costumes. We walked all the way to the other side of the room, and nobody was there.”
One concession stand worker noted, “I worked at the Cresco Theatre for over a year when I was in high school. For three of those months, none of us would work alone. We would see feet walking behind the screen, and doors would open and close on their own. You could just feel it. Then, instantly you could feel it was gone. After that, I could work alone.”
Big Foot
In January 2009, a hunter saw some unusually large tracks near Cresco. They were about 5.5-6 feet apart.
In June 2009, a hiker heard a noise and felt uneasy at Cardinal Marsh, southeast of Cresco. The hiker then heard two very distinct, sharp clacks . . .  such as two rocks being smacked together.
In November of that year, three coon hunters were shadowed by something for about 20 minutes. The group heard something following them. Even their dog was spooked. At one point, they pointed a spot light in its direction and saw a large black mass about 6-10 feet in height with red eyes.
Zombies
There have actually been no sightings of zombies in the area, except when a group of folks made a video which announced Cresco’s RAGBRAI® theme . . . “Pedal to the Paranormal.” Check it out at www.crescochamber.com/ragbrai-2017.
The people of Cresco hope our visitors, human and otherworldly, will have a hair-raising experience, and may the ghost be with you!