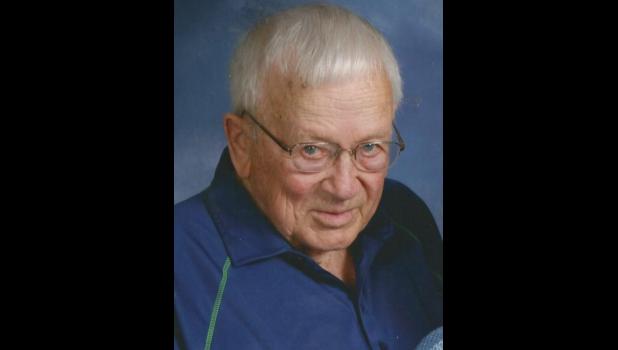 Nov. 30, 1930
May 19, 2017
CRESCO -  Alton Iverson, age 86, of Cresco, Iowa died Friday, May 19, 2017 at his home in Cresco.
Memorial services will be at 2 p.m., Thursday, May 25 at Orleans Lutheran Church followed by a Celebration of Life in the church fellowship hall. Friends may call from 1 p.m. until time of services at the church. Lindstrom Funeral Home is assisting the family.
Alton James Iverson was born Nov. 30, 1930 on a farm near LeRoy, Minn. to Grant B. and B. Marie (Haga) Iverson. At age one he moved with his family to a farm in Bluffton township, Winneshiek County.
He graduated from Cresco High School in 1949 and continued to live at home and farm with his dad and brother. In 1960 Alton and his parents moved to Cresco. He went to work for Dahly Chevy, then for Harold Bengfort, doing carpenter work.
In 1962 he married Ruthann Teetshorn and returned to farming. They farmed in Orleans Township until 1991. At that time, they moved to Cresco. He also drove school bus for 18 years. They had two sons, John and Larry. Alton belonged to Orleans Lutheran Church his entire life. He served on church council and as an usher. He also served on the board of directors of United Shippers.
Alton is survived by his wife, Ruthann Iverson; two sons, John (Rosemarie), and their children, Samuel, Luke and Lily, and Larry (Crystal), and their son, Nathan; a brother, Merlin (Carol); and several nieces and nephews.
Alton was preceded in death by his parents and a brother, Lauren, and his wife, Selma.