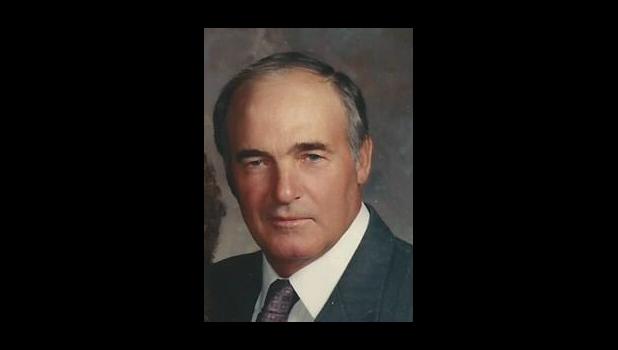 March 22, 1928 —
Nov. 16, 2017
Harmony - Alvin “Blackie” Mihm, age 89 of Harmony, Minn., died Thursday, Nov. 16 at Rochester West Health Sevices.
Memorial services will be 11 a.m. Wed, Nov. 22, at Pax Christi Catholic Church, 4135 18th Ave. NW, Rochester. Friends may call at the church from 10:30 a.m. until service time. Burial will be at Greenleafton Cemetery at a future date. Lindstrom Funeral Home in Harmony is assisting the family.
Alvin Alick Mihm was born on March 22, 1928, near Lime Springs, Iowa to Alick and Viola (Starks) Mihm. He attended a country school and later received a GED. He was schooled in Chicago in diesel mechanics and there became a lifelong Chicago Cubs fan.
He entered the Army Air Corps in 1946, but received a hardship discharge to return to the farm to help his father. He then served in the regular army in Korea from March to October 1951. After recovering from a serious wound he received on April 25, he returned to action and received a traumatic brain injury in combat on Oct. 17. He received a Purple Heart. He served out the remainder of his term of service at the Presidio in San Francisco. He was honorably discharged as Sergeant First Class.
Alvin married Doris Blanch McKay in 1956 while still in California. The family moved to a farm just north of Lime Springs, where he ran a sawmill operation and farmed. Later they moved to rural Preston, near Greenleafton, where Alvin did custom excavation and harvest combining. Around 1980 he bought the rural Lime Springs farm on which he was born. There he continued to raise beef cattle until his death. He survived a tornado in 2011, which destroyed most of the farm building site except the house and a chicken coop.
Alvin enjoyed hunting, fishing, bowling, playing pinochle and 500, crossword puzzles and being a Chicago Cubs fan, especially enjoying their 2016 World Series championship.
Alvin is survived by his wife, Nona; one son, Larry (Rita) Mihm; three grandchildren, Aynsley (Jon) Scheffert, Derek (Colie) Mihm and Shelley Mihm; and one great-grandson, Aidan Pavel Scheffert. He is further survived by two sisters, four brothers, a half-sister, two stepsisters, a stepbrother, nephews, nieces, great-nephews and great-nieces; and a nephew, John Kempker, who was like a second son.
Alvin was preceded in death by his parents, three brothers and his first wife.
In lieu of flowers, the family requests memorials be given to Heartland Hospice, 821 3rd Avenue, SE, Suite 15, Rochester, MN 55904