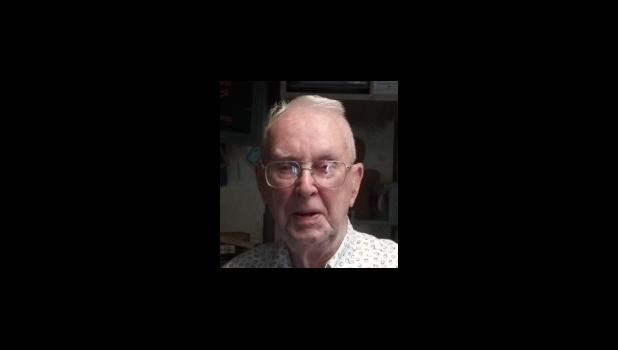 Aug. 18, 1920 —
Nov. 25, 2017
Austin - Bernard Joseph McGee, age 97, of Austin, Minn. died at his home, Saturday, Nov. 25, 2017.
A memorial service will be held at 3 p.m. on Friday, Dec. 1, 2017 at Mayer Funeral Home with Father Jim Steffes officiating, Friends may call from 1 p.m. until the time of the service at the funeral home. Burial of Bernard’s ashes will be at a later date, when he will be united with the love of his life, Irene, at Calvary Cemetery.
Bernie was born Aug. 18, 1920 in Fremont Township, Winneshiek County, Iowa. He was the youngest of nine siblings. During the Great Depression, Bernie joined the Civilian Conservation Corps, where he earned $30 a month building dams, bridges and working in rock quarries. After the CCC, he traveled throughout Iowa building barns for work. In July 1942, he enlisted in the U.S. Navy and served in combat as a Gunners Mate 2nd class on P.T. Boat 347 in the South Pacific during WWII.
On May 6, 1947 he was united in marriage to Irene Cummings in Cresco, Iowa. In 1948, the couple moved to Austin, where they had four children. Bernie was a Local 1382 Union Carpenter for more than 70 years. Among many projects, he was involved in the building of the new Hormel plant, the Twin Towers, and he worked on several Main Street buildings. After a full day of work, he would work as a handyman.
Bernie was a member of St. Augustine Catholic Church, the VFW, The Eagles Club and the American Legion. He was always physically active. He was a hard worker and always stayed busy. When he was not working, he loved fishing at Lake Vermillion. He also had a large garden in his backyard every summer. Bernie enjoyed woodworking in his garage, riding his bike and spending time with his family and friends.
Survivors include his wife, Irene McGee of Austin; son, James (Sheri) McGee of Austin; daughter, Susan Bothun of Austin; daughter, Ann McGee of Austin; daughter, Mary Huemann of Albert Lea, Minn.; and six grandchildren, Carmen Weber, Skot McGee, Mike Merten, Kelly Walton, Brad Bothun and Lindsey Haney; along with 12 great-grandchildren.
Bernie was preceded in death by his parents; eight siblings, Leo, Emmett, Paul and Daniel McGee, Lucille Peterson, Ester Roberts, Rosella Skogerboe and Vera Ullwelling; and sons-in-law, Peter Merten and Vaughn Bothun.