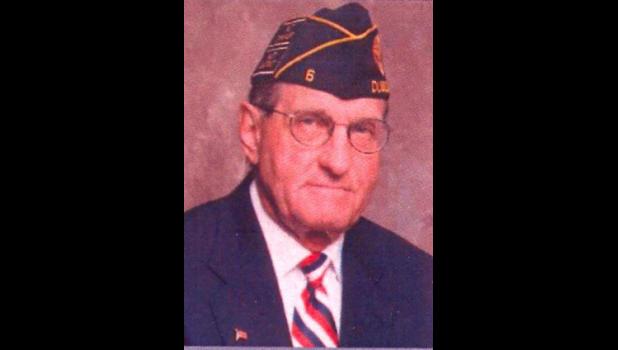 Aug. 15, 1933 —
Feb. 14, 2018
DUBUQUE -  Bernard E. Necas passed away peacefully on Feb. 14, 2018.
He was born the son of Frank and Mary (Sir) Necas on Aug. 15, 1933 in rural Lime Springs, Iowa. He attended a one room country schoolhouse kindergarten through 8th grade. In 1951 he graduated from Lime Springs High School. Bernie married Floriene Roethler at St. Boniface Catholic Church in Ionia, Iowa on June 17, 1958. Bernie graduated from Upper Iowa University in 1960.
He served two years in the Army during the Korean War Era and was a member of the adjutant General Corps and assigned to 3rd Infantry Division Headquarters Company at Fort Benning, Georgia as a Personnel Management Specialist. After the military, Bernie taught school at Andrew, Iowa, worked for the State of Iowa Social Welfare Department and worked for the City of Dubuque Engineering Department for 30 years.
Bernie enjoyed spending time with his family, especially his grandchildren, fishing, hunting, and listening to polka music. While quite proud of his Czech heritage he was forever proud of his Country and of our Armed Forces. A long-time member of the American Legion Post 6, Bernie served as a past Commander of the Post on several committees and was a member of the Post 6 Funeral Detail since 1996 and served as Commander of the Detail from 2000 until 2015 when his health prohibited him from continuing his passionate service. He also volunteered at Finley Hospital and drove the DAV van to Iowa City.
He is survived by his wife Floriene; son Bruce (Marie) Necas and their children Blair and Lindsi; his daughter Jill (Todd) Link and their children Collin, Connor, Tanya and Blake Necas; and many nieces and nephews.
He was preceded in death by his parents, brothers Frank and Leslie; sisters Helen and Mary; and his son, Brian.