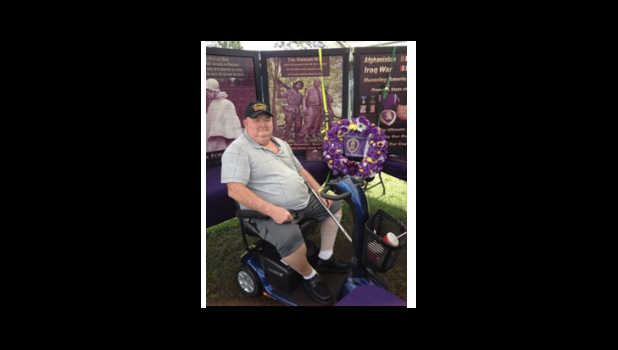 July 29, 1947 —
Aug. 13, 2019
Myakka City - Carmen Wayne Ellingson, age 72 of Myakka City, Fla., was called to heaven on Aug. 13, 2019.
There will be a graveside service held at the Sarasota National Cemetery in Sarasota, with a celebration of life following. Date and time have not yet been determined.
In lieu of flowers, the family is asking you give a donation in Carmen’s memory to the Wounded Warriors Foundation.
He was born on July 29, 1947 in Cresco, Iowa to Charles and Ann Ellingson.  He entered the armed forces and served in the Army during the Viet Nam War, where he was awarded the Bronze Star and a Purple Heart.
He married Dorothy Baumgartner on May 2, 1970, and they had two daughters, Vikki and Kelli.
They resided in Saude, Iowa, farming and operating a Wayne Feed business.  They moved to Texas in 1984, where he worked in the campground industry and then moved to Florida in 1985, and he became Miracle Ear hearing aid specialist.  He retired in 2012 and then relocated to Sarasota.
He is survived by his wife, Dorothy of Myakka City; daughters, Vikki (Doug) Dingman and Kelli (Ted) Santana, all of Myakka City; his four sisters, Cathy (Paul) Olson of Omaha, Neb., Connie (Ron) Vogel of Foristell, Mo., Cindy (Randy) Murray of Apex, N.C. and Cheryl (Brett) Johnson of Leawood, Kan.; and six grandchildren, Spencer and Logan Hojdila, Addison Santana and Jayden, Peyton and Gentry Dingman; as well as cousins, nieces, nephews and many friends.
He was preceded in death by his parents and grandparents.