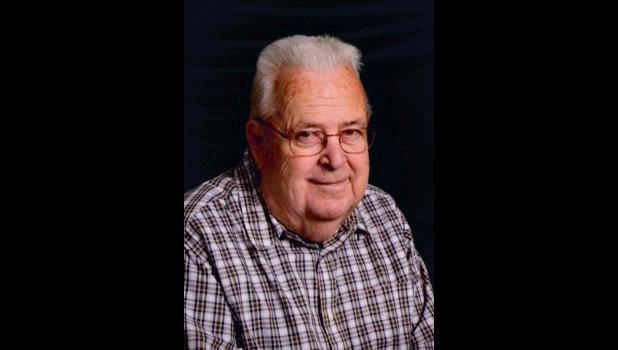 Dec. 17, 1932 —
Oct. 28, 2017
Elma - Charles E. Larsen, age 84, of Elma, Iowa, passed away on Saturday, Oct. 28, 2017 at Colonial Manor in Elma.
Funeral services will be held at 10:30 a.m. on Wednesday, Nov. 1, 2017 at St. Paul’s Maple Leaf Lutheran Church, Elma, with Pastor Charis Combs-Lay officiating. Burial will be in Riverside Cemetery at Riceville, Iowa.
Visitation will be held from 9:30-10:30 a.m. on Wednesday, Nov. 1, 2017 at the church. Online condolences for Charles’ family may be left at www.conway-markhamfh.com. Memorials may be directed to the family.
Charles Edward Larsen was born on Dec. 17, 1932 to Victor and Helen (Groth) Larsen in Elma. He attended school in Riceville and graduated from Riceville High School in 1950.
Chuck enlisted in the U.S. Air Force, serving his country in the Korean Conflict. He received his honorable discharge after four years of service. He was united in marriage to Betty Lou Beuthin on June 15, 1957 in Dane, Wis. They made their home in Elma for several years, where he was a feed salesman for Purina. They moved to New Hampton, and Chuck worked for Oliver in Charles City, Iowa. The couple moved to Mesa, Ariz., where he was a machinist at Lynch Brothers until he retired. Then they moved back to Elma, where they have lived ever since.
Chuck enjoyed watching his grandchildren play sports, watching TV and spending time with his wife, Betty. He was a member of St. Paul’s Maple Leaf Lutheran Church.
Charles is survived by his wife, Betty of Elma; children, Steven (Cheryl Graves) Larsen of Riceville, Debra (Jim) Krueger of Riceville, Constance Reed of Mesa and Scott Larsen of Riceville; grandchildren, Saxton, Chelsea, Alysha, Danielle, Chaz, Max and Ryan; sisters, Myrna (Jake) Jacoby of Waterloo, Iowa, Katie (Jim) Rieken of Riceville and Irene (Roger) Heying of New Hampton; several nieces and nephews; sister-in-law, Shirley Larsen of Elma; and brother-in-law, Bud Pontenberg of Waterloo, Iowa.
Charles was preceded in death by his parents, Victor and Helen Larsen; two brothers, Gordon and Richard; and sister, Norma Potenberg.