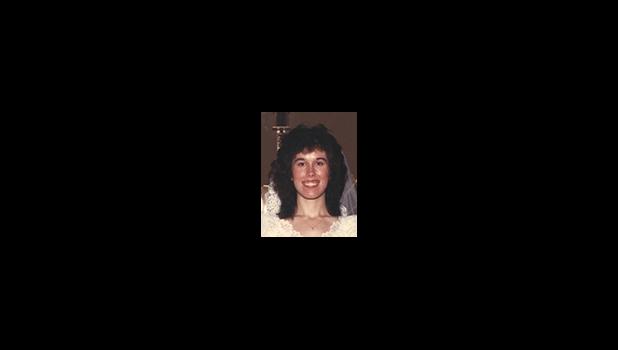 Oct. 2, 1961 —
Oct. 25, 2019
LAWLER - Cindy Kay Jirak, age 58, died on Friday, Oct. 25, 2019 at her home in Lawler, Iowa.
A Mass of Christian Burial was held on Thursday, Oct. 31, 2019, at Our Lady of Mt. Carmel Catholic Church in Lawler, with Rev. Aaron Junge celebrating the Mass. Interment followed at Sacred Heart Cemetery, Reilly Ridge, rural Lawler.
Arrangements are with Hugeback-Johnson Funeral Home & Crematory in New Hampton. In lieu of flowers, please direct memorials to the family.
Cindy was born on Oct. 2, 1961, to Craig Jr. and Corinne (Cole) Queel at Keesler Air Force Base in Biloxi, Miss.
Her father was a career U.S. Navy man, and the plan was for the Queels to settle in Florida once Craig retired from the service. Corinne, though, was stricken with cancer and passed away when Cindy was in her teens, and the family moved to Decorah, Iowa to be near family.
She graduated from Decorah High School in 1979 and attended what was then Northeast Iowa Technical Institute in Calmar for a year before attending Wartburg. She would later return to Calmar to receive her nursing degree, but it was that first stint in Calmar that changed her life.
She met Jeff Jirak on campus, but truth be told, it took a while for him to get enough nerve to talk to her. When he finally did, the spark was lit, and they have been together ever since.
The couple was married on Sept. 27, 1986 at St. Benedict’s Catholic Church in Decorah, and over the next nine years, they welcomed three children, Craig, Marty and Debbie, to their family. The Jiraks lived in Cresco, Iowa, moved to Lawler and returned to Cresco before settling just north of Lawler in the late 1990s.
Cindy worked as a nurse on the medical-surgery floor at Winneshiek Medical Center in Decorah, and her patients remember the kindness and compassion she showed for them.
At home, she was a mom who would drop everything to support her children and her husband. She didn’t miss school activities when the kids were at Trinity Catholic Church, and the same could be said after her children “graduated” to Turkey Valley.
Cindy loved to read; she always carried two or three books with her, and her interests ran the gamut. If it was good, she’d read it.
She was, as her daughter put it, “obsessed” with the Hallmark Channel and HGTV. Cindy was one of the most social people a person would ever meet, and she loved to talk with anyone at any time, sometimes with a Coors Light in her hand.
The Jiraks often traveled to Minneapolis to see their son, Marty. Cindy absolutely loved going to Bubba Gump’s Restaurant, where she was such a popular customer that she received a card allowing her and her family not to have to wait at the back of the line. But true to her nature, she never wanted to use it.
Several years ago, Cindy decided she needed a change in direction. After working countless night, weekend and holiday shifts as a nurse — Christmas was rarely on Christmas Day in the Jirak family — she took a job as a clerk at the Fast Mart Convenience Store in Protivin, Iowa. She loved interacting with customers throughout the day.
On her 57th birthday last fall, Cindy was diagnosed with breast cancer, and to say she battled the disease with courage and tenacity would be like saying the sun rises in the east. It’s just a fact.
She was an inspiration to her family and friends, and she will be dearly missed.
Cindy is survived by her husband, Jeff Jirak of Lawler; two sons, Craig Jirak of Cedar Falls, Iowa and Marty Jirak of Lawler; one daughter, Debbie Jirak of Denver, Iowa; mother-in-law, Edna Jirak of Lawler; sister-in-law, Laura (Austin) Otto of Denison, Iowa; brother-in-law, Chris (Andrea Meier) Jirak of New Hampton; five nieces, Brandi (Paul) Kirsch of Manilla, Iowa, Kori Jirak of New Hampton, Kelli Jirak of New Hampton, Elsie Jenkinson of Denison and Ryann Jenkinson of Denison; one nephew, Asher Jirak of New Hampton; and two step-nieces, Elsie Otto of Denison and Wynn Otto of Denison.
She was preceded in death by her parents; maternal grandparents, Rose and Carl Kohl; paternal grandparents, Martin and Saide Queel; aunt, Coletta (Marvin) Vick; and father-in-law, Larry Jirak.