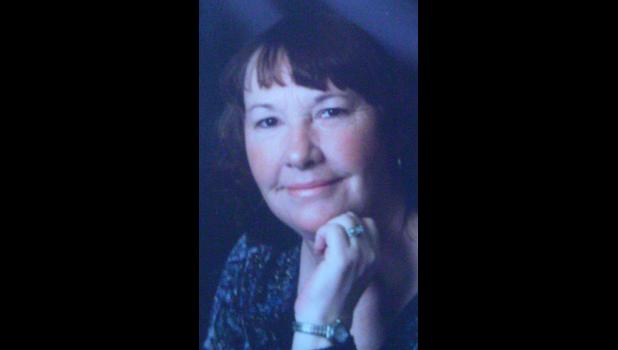 April 18, 1957 —
Oct. 4, 2017
ELMA - Crystal “Sue” Burke, age 60, of Elma, Iowa, passed away peacefully at her home on Wednesday, Oct. 4, 2017 with her family by her side.
A Mass of Christian Burial will be held at 10:30 a.m. on Monday, Oct. 9, 2017 at Immaculate Conception Church in Elma, with Father Mark Murphy as Celebrant. Burial will be held at Calvary Cemetery in Elma.
Visitation will be from 4-7 p.m. on Sunday, Oct. 8, 2017 at Conway-Markham Funeral Home in Elma, with a 6:30 p.m. Scriptural Wake Service. Visitation will continue at the funeral home one hour prior to the funeral mass on Monday. Online condolences for Sue’s family may be left at www.conway-markhamfh.com. Memorials may be directed to the family.Crystal Sue Burke was born on April 18, 1957 to Roscoe and Mabel (Torney) Krahenbuhl in Osage, Iowa. She enlisted in the United States Navy in 1979. During her time in the service, she trained pilots on simulators and was a career counselor as a Senior Chief until her retirement in 1997. She was stationed in Florida, Georgia, Sicily and Kings Bay.
Upon her retirement, Sue attended NIACC in Mason City, obtaining her associates degrees in Administrative Medical Secretary and Art. Following her education, Sue worked at Floyd County Memorial Hospital for seven years and H&R Block in New Hampton during tax season.
Those who loved her called her “Sue” or “Suzie.” In 2002 she married the love of her life, Ed Burke. The two shared their hobbies together, fishing, camping and boating. She was a member of Immaculate Conception Church in Elma, Rosary Society and American Legion.
She is survived by her husband, Ed Burke of Elma; her son, Christopher (Amina) Rivera; six brothers, Russel, Frederick (Paula), Allen, Marty (Sheryl), Charles (Carol) and Jim (Kim); one sister, Cindy (Douglas) Vimpany; her mother-in-law, Eleanor Burke; many brothers and sisters-in-law; and numerous nieces and nephews.
She was preceded in death by her parents; two brothers, Lynn and Larry; two nieces; and one nephew.