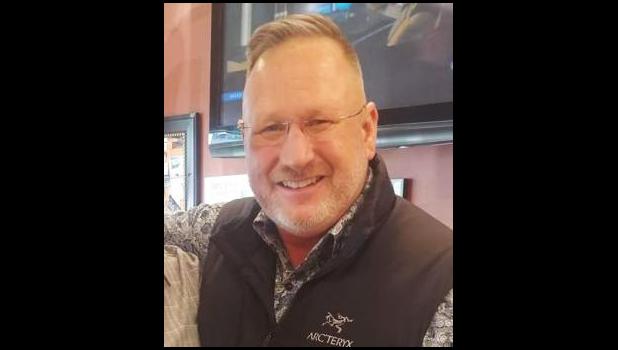 Dec. 7, 1965 —
April 25, 2019
CRESCO - Danny Donlan, age 53, of Cresco, Iowa passed away on April 25, 2019 at his home after a long battle with cancer.
A Mass of Christian Burial was held on May 1 at Notre Dame Catholic Church in Cresco with Rev. Dennis Cain officiating.
Danny Lee Donlan was born on Dec. 7, 1965, the son of Dale and LaVonne (Midthus) Donlan in Decorah, Iowa. He received an Auctioneering diploma from Reisch Worldwide College of Auctioneering in Mason City, Iowa in 1982. He graduated from South Winneshiek High School in 1984. He worked for Reilly Construction for many years.
In 1986, Danny married Jenny Thornton and together they had one son, Samuel. They later divorced but shared their common love for Sam. Danny later attended and earned an Associate’s Degree from NICC in Calmar while working nights at Camcar. From there he attended the University of Iowa with an interest in Biology.
Danny married Michelle Ferrie on March 25, 1999 and together they had two sons, Dashel and Finnegan. He worked for Croell, Inc. in his final years and was so appreciative of all the support and love given to him and his family right up to the end. He enjoyed seeing different countrysides while traveling to all of their pits and quarries, bidding and managing projects in Iowa and Minnesota and loved working with people from other subcontractors, especially Reilly guys.
Danny enjoyed cattle, hunting, fishing, racing and moving dirt. He loved auctioneering — especially benefit auctions, cowboy hats and boots, cattle-buying trips and watching his boys’ sporting events. He had the gift of gab and a great sense of humor. He made friends in every town that he ever worked in and every job he ever had. He loved telling stories, gave wonderful hugs and loved his family and friends dearly.
Danny is survived by his wife Michelle of Cresco; sons, Samuel, Dashel and Finnegan; mother, LaVonne Donlan of Mabel, Minn.; brother, Deon (Tracy) Donlan of Farmington, Minn.; father and mother-in-law, William and Marlene (McCabe) Ferrie of Cresco; brother-in-law, Patrick (Kathrine) Ferrie of Lakeville, Minn.; sister-in-law, Kristen (Travis) Bainbridge of Inver Grove Heights, Minn.; nieces and nephews, McKenzie and Kathleen Donlan, Matthew, Sydney and Christopher Ferrie and Elizabeth and Emma Bainbridge; and aunts and uncles, Arlin Midthus of Cresco, Larry (Deb) Midthus of Cresco, Kay Donlan Strand of Decorah, Jerry (Kay) Donlan of Calmar, Iowa and Marjorie (Curt) Bergeof Lexington, Ky.
Danny was preceded in death by his father, Dale Donlan on Oct. 23, 1988; brother, Darin on June 29, 2018; and grandparents, Parnell and Elizabeth Donlan and Arthur and Alice Midthus.