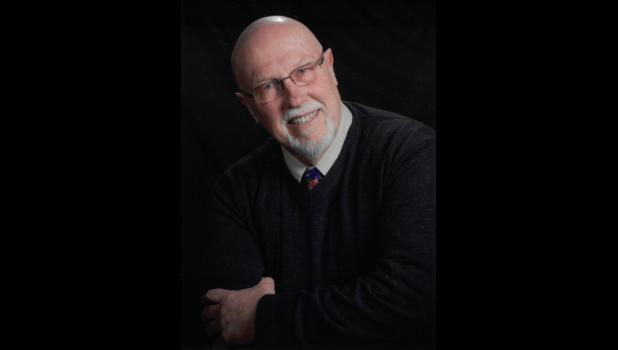 Nov. 4, 1948 —
April 1, 2018
Lime Springs - Darrel Steen, age 69, of Lime Springs, Iowa passed away after a short, fierce battle with cancer at Rochester Methodist Hospital on Easter Sunday, April 1, 2018.
A Celebration of Life Service will be held at Cresco Community Chapel, Cresco, Iowa on Friday, April 6, 2018 at 11 a.m., with visitation one hour prior to service and also on Thursday, April 5 from 5-7. Interment will be held at a later date in Buffalo Center, Iowa.
Darrel William Steen was born to William and Minnie (Brass) Steen in Buffalo Center on Nov. 4, 1948.
He chose this quote from Iowa – An American Portrait that summed up his life growing up with his three sisters on the family farm south of Buffalo Center, “I cannot remember a day when I was growing up in Iowa that I was bored. Each day was a race against the sun, and I cannot recall ever having accomplished as much as I wanted when I tumbled into bed reluctantly at night.” He placed his faith in Christ at the age of 13, after hearing the plan of salvation, a free gift to all who place their trust in Jesus as their personal Savior. He continued to grow in that faith, knowing that it wasn’t what he had done but in what Christ had done.
Darrel graduated with the Buffalo Center High School Class of 1967, which celebrated its 50-yearclass reunion last summer with so many of their friends. He was a standout athlete in football and basketball and excelled academically. After graduation he attended the University of Northern Iowa on a full ride academic/athletic scholarship, where he played linebacker for the UNI Panthers and graduated in 1972.
On Aug. 15, 1970, Darrel married his high school sweetheart, Mary Lauraine Costigan. They were blessed with two children, Allison Lauraine and Jared William. After college graduation, they moved to Elk River, Minn. where he worked as a Project Manager for ElView Construction in Brooklyn Center, Minn. In 1979 they moved to Lime Springs, to manage crop land and farm and raise their family.
Darrel was an active member of Cresco Community Chapel, where he served as elder since 1982 and then added treasurer responsibilities in 1990. He used his construction and design skills in the auditorium addition and remodeling of the Chapel building, as the Chapel continued to grow. He was a meticulous and gifted craftsman in the woodshop. He also served on the Howard County Farm Bureau board for several years.
He enjoyed traveling and camping with Mary in the last several years. They took fishing trips to Minnesota and Ontario, Canada and long trips in the pickup camper to Alaska for seven weeks in 2012 and the Eastern Maritime Provinces of Canada in 2016, where they explored Newfoundland, Nova Scotia, Cape Britton and Old Quebec.
Camping close by with his grandchildren was another pastime that brought great joy. In the fall it was football and the Green Bay Packers. Darrel enjoyed upland game bird hunting with his German Shorthairs and German Wirehair dogs. He loved his family, delighting in his children, their spouses and grandchildren.
Darrel is survived by his wife, Mary; his daughter, Allison (Bryan) Whaley, and children, Shea and Quinn of Eagle Grove, Iowa; his son, Jared (Kristi) Steen, and children, Wyatt, Bryce, Britton and Jette of Andover, Ill.; his sisters, Frances Meyer of Buffalo Center, Marlys (Robert) Schaefer of Britt, Iowa and Bev (Jeff) Heitland of Winona, Minn.; his brothers-in-law, Tom (JoAnn) Costigan of Litchfield, Minn. and Larry ‘Mick’ (Lois) Costigan of Newport, Minn.; sisters-in-law, Christina Costigan of Minneapolis, Minn. and Dixie Costigan of Spokane, Wash.; and beloved nieces, nephews and cousins.
He was preceded in death by his parents, William and Minnie (Brass) Steen; grandparents, Dick and Henrietta (Kaiser) Steen and Ehme and Jennie (Fisher) Brass; his in-laws, Laurence and Marjorie (Bye) Costigan; and brothers-in-law, Gary Meyer, Pat Costigan and John Costigan.
In lieu of flowers, memorials can be directed to the Cresco Community Chapel fellowship hall/multi-purpose expansion project.