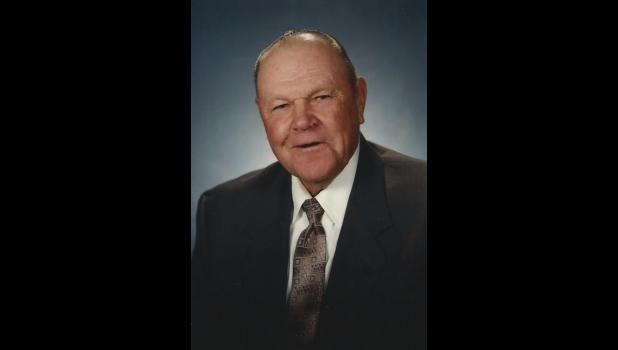 Jan. 16, 1926 —
Feb. 28, 2017
Granger - Donald Wilken, 91, of Granger, Minn. passed away on his farm on Feb. 28, 2017.
Funeral services will be held on Monday, March 6, 2017 at 11 a.m. at St. Matthew’s Lutheran Church in Granger. Friends may call one hour prior to services at the church. Burial will be in St. Matthew’s Cemetery. Lindstrom Funeral Home is handling the arrangements.
Donald was born on Jan. 16, 1926 in York Township, Minn. to John H. and Emma (Arneson) Wilken. He was baptized at the Saetersdal Lutheran Church and confirmed at St. Matthew’s Lutheran Church.
Don moved to Granger in 1939 when his parents operated the grocery store. He graduated from Harmony High School in 1943. Following graduation Don enlisted in the United States Army where he served for two years and was deployed to the Philippine Islands and Japan.
Don lived on the same farm since 1948. He was a member of St. Matthew’s Lutheran Church where he served on the church council and was assistant treasurer, the treasurer for the centennial committee and later treasurer for the 125th anniversary. He also served as St. Matthew’s Cemetery director for many years.
Don was a member of the American Legion since 1947 in Granger and later in Harmony and was a life member of the V.F.W. in Preston, Minn. In addition, he was a director of the Granger State Bank.
Don is survived by a special friend Marjorie Ivers; cousins; and a host of friends.
He was preceded in death by his parents.