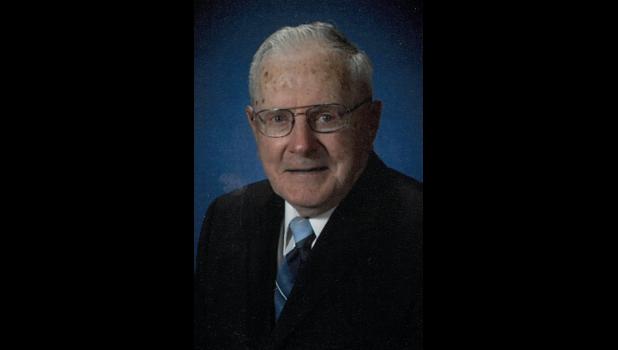 Feb. 15, 1931 —
Oct. 5, 2019
CRESCO - Donald Joseph Carolan, age 88, of Cresco, Iowa, was called home on Oct. 5, 2019 while a resident at Evans Memorial Home.
A Mass of Christian burial will be held at Notre Dame Catholic Church on Oct. 11, 2019, at 11 a.m. with Father Jacob Rouse officiating. Burial will be in Calvary Cemetery. Visitation will be held at Notre Dame Catholic Church beginning at 9:30 a.m. prior to the service on Friday. Hindt-Hudek Funeral Home is assisting the family.
Donald was born on Feb. 15, 1931 in Decorah, Iowa to Joseph and Dorothy (Werhan) Carolan. He attended St. Benedict’s School. In 1941 he moved to Cresco and attended a country school near his home.
On Oct. 11, 1950 he was united in marriage to Joan Kleve (daughter of Hugo and Mary Kleve) at St. Joseph’s Church in Cresco. Following their marriage they started farming, and in November 1951, he was drafted during the Korean Conflict. They made their home in Fort Sill, Okla.
Upon discharge from the Army, they returned to Cresco. He worked in construction and carpentry. In 1956 they purchased a farm near Ridgeway, Iowa and in 1964 donated the log cabin (which now stands in Beadle Park in Cresco) that was on the farm to the Howard County Historical Society. They lived there until they retired in 1998 and moved to Cresco.
Don loved to dance and to play cards. The pride of his life was his grandchildren. He was a true Irishman and loved to tell stories; he was full of malarkey and mischief and always had a twinkle in his eye.
He was a lifetime member of St. Joseph’s Parish and the Howard County Historical Society.
Don is survived by his wife of 68 years, Joan; sons, Rodney (Nancy) Carolan of Ridgeway, Kevin (Donna) Carolan of Calmar and Sharon (Rick) Tlusty of Waseca, Minn.; grandchildren, Adam (Jen) Carolan, Sean (Katie) Carolan, Nick Owings, Laine (Jodi) Henning, Lynn (Karen) Henning, Sara (Sean) Malone, Michael Corlett, Jessica (Mitch) Langreck, Brittany and friend Codey Hayek, Colten (Jenna) Tlusty and Katie Tlusty and friend Chase Klingaman; great-grandchildren, Riley Goemann, Jace Goemann, Sara and Christian Carolan, Nolan Carolan, Kieran and Olivia Owings, Mariah Langreck and Tucker Tlusty; his sister, Regina (Harry) Wilkens; and other family members, Jeanette Kleve Chwialkowski, Diane and Norb Bohr and Roger and Elaine Kleve.
He was preceded in death by two granddaughters, Lisa Marie Carolan and Nicole Carolan Owings.; his parents, Joseph and Dorothy Carolan; one sister, Grace Carolan Bouska; and infant brothers, Roger and Mark Carolan.