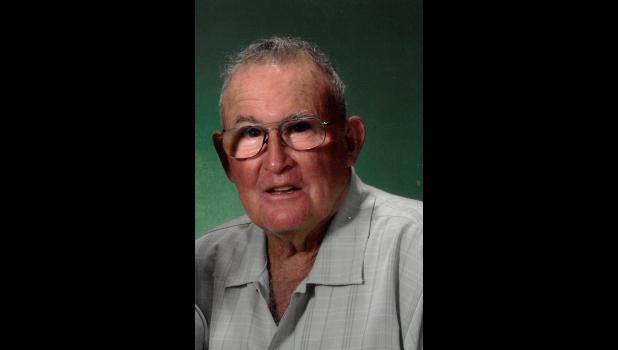 July 12, 1935 —
March 7, 2020
CRESCO - Donald Shea, age 84, of Cresco, Iowa, passed away on Saturday, March 7, 2020, at home after being diagnosed with pancreatic cancer four weeks ago.
A Funeral Mass was held at Notre Dame Parish on Wednesday, March 11, 2020, at 12 p.m., with a one hour visitation from 11 a.m.-noon, prior to services. Father Jacob Rouse and Father David Schatz officiated. Visitation was on Tuesday, March 10, 2020 from 4-8 p.m., with a Rosary at 3:30 p.m. at Hindt-Hudek Funeral Home in Cresco.
Donald “Don” Joseph Shea was born on July 12, 1935, to Joe and Lucille (Milz) Shea in Bonair, Iowa. He attended Cresco public schools, graduating in 1953. As a senior, he received third place at the state wrestling meet.
After high school, Don joined the Army, where he served as a clerk-typist during the Korean War. (He had Radar’s job on M*A*S*H.) He married Mary Ann Reynolds at Assumption Catholic Church in Cresco, on July 2, 1966.
Don spent his life as a farmer near Lime Springs, Iowa, raising mostly beef cattle and hogs. His cattle were very important to him. He was well-known for being a hard worker and treated his property as a family farm, where everyone had to work. Farming and family were most important to him, and in that order! He also enjoyed taking long Sunday drives and attending his grandchildren’s events.
Don is survived by his wife, Mary Ann of Cresco; daughter, Vicki Shea of Rochester, Minn.; sons, Dana (Carol) Shea of Lime Springs, Matt Shea of Lime Springs and Andy (Kelly) Shea of Platteville, Wis.; grandchildren, Caleb, Devyn, Bryce, Kinze, Kennedy, Keira and Luke; siblings, Bob Shea of Blacksburg, Va., Betty (Adrian) Schatz of Cresco and Neil (Jeannie) Shea of Hemet, Calif.; and sister-in-law, Betty Shea of Cresco.
Don was preceded in death by his parents, Joe and Lucille; son, Todd Shea; brother, Kenny Shea; in-laws, Clarence and Mary Reynolds; and sister-in-law, Laurie Shea.