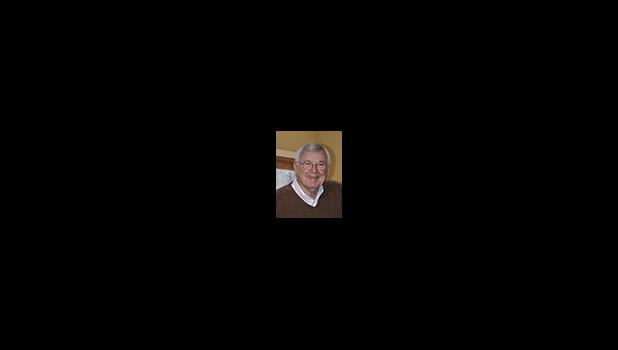 July 25, 1930 —
Nov. 9, 2019
MONTICELLO - Earl McCaustland, 89, passed away unexpectedly on Nov. 9, 2019 at his home in Monticello, Iowa, surrounded by family.
A memorial service will be held at the United Church of Monticello, 123 N. Chestnut St., at 4 p.m. on Friday, Nov. 15 with a reception following. Visitation with the family will be from 1-4 p.m. prior to the service.
Earl was born on July 25, 1930 in Lime Springs, Iowa to Earl and Lovira (Sanborn) McCaustland. He graduated from Lime Springs High School and continued his education at Luther College, where he played football, and then transferred to UNI to earn his teaching certificate. After two years of teaching in Wyoming, Iowa, he enlisted in the U.S. Air Force, serving four years in Japan during the Korean War.
Upon his return, he attended UNI, earning his bachelor’s degree, followed by a Master’s Degree from the University of Iowa. On June 3, 1956 Earl was united in marriage to Norene Norgaard in Harlan, Iowa at Immanuel Lutheran Church. The couple made their home in Monticello, where they raised their family.
Earl was a teacher, coach and driver education instructor at Monticello High School for 35 years. He was a former president of the Lions Club, and he was an active member of the United Church of Monticello. He took his responsibility as a citizen seriously by being well-informed and exercising the right to vote. In his free time, he enjoyed fishing at his beloved Blanche Lake, gardening, reading and watching sports, but most of all, spending time with his family.
Earl is survived by his wife of 63 years, Norene; son, Douglas (Karla) of Minnetonka, Minn.; daughter, Kristen (Christopher) Wilbricht of Belleville, Wis.; son, Matthew (Staci) of Rockford, Minn.; eight grandchildren, Jackson and Stella Harrison, Kamdyn Dean, Nicholas (Karin), Tyler and Abigail Wilbricht and E.J. and Mason McCaustl; his sisters, Norine (Kenyard) Smith of Great Falls, Mont., Verna Lewison of Anamosa, Iowa and Lynda (Paul) Boyle of Dummerston, Vt.; and nine nieces and nephews.
In addition to his parents, Earl was preceded in death by his infant sister, Belva Ann; his brother-in-law, Paul Lewison; and his nephew, Craig Smith.
Memorials may be directed to the United Church of Monticello and the American Cancer Society/Hope Lodge in Iowa City.