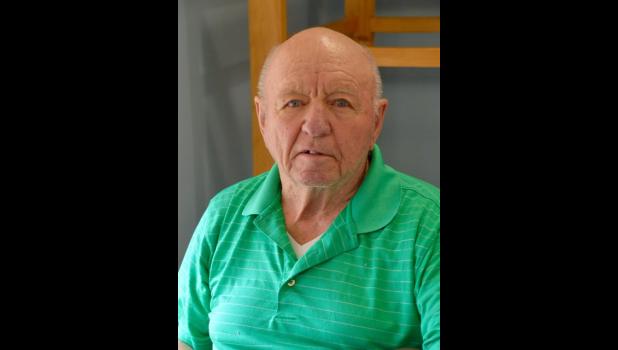 Sept. 28, 1928 —
July 25, 2019
SARATOGA - Elmer G. “Pete” Krueger of Saratoga, Iowa, passed away on July 25, 2019, at Evans Memorial Home in Cresco, Iowa.
Funeral services were held on July 29 at St. Paul’s Maple Leaf Lutheran Church at Elma, Iowa.
Pete was born on Sept. 28, 1928, in Florenceville, Iowa, to Elmer L. and Alice (Enos) Krueger. He spent his early childhood years in the Florenceville and Granger, Minn. area before his family moved to Saratoga when Pete was a teenager. He graduated from Riceville High School in 1946.
After graduation, Pete worked with his parents in the painting business before being drafted into the U.S. Army. He served in the Korean War from August 1951 through May 1952, where he was in a pioneer and ammunition platoon. He achieved the rank of Sergeant First Class and received the Korean Service Medal with two Bronze Campaign Stars, Combat Infantry Badge and United Nations Service Medal.
Pete married Ida Okada on July 13, 1952, in Cresco. After living in Chicago for a few months while Pete completed his military service, they moved to Saratoga where they spent nearly 64 years together raising their family and being active in the community. Pete delivered fuel for over 30 years in the Riceville, Saratoga, Elma and Lime Springs areas and painted many houses, barns and outbuildings.
Pete excelled at all things athletic, and his love of sports was passionately passed on to his family. He was particularly fond of baseball (He threw some heat in his day and was known for his knuckle ball.), archery (He won the state archery tournament more than once.), bowling and golfing (He hit a hole-in-one on the Riceville golf course.). He loved bow hunting for deer, gardening and mowing lawn. He admired commitment, hard work and perseverance and believed that a job well done was reward enough. He will be remembered by his family and friends for his sense of humor and as a man of principle, fairness, kindness and generosity.
Pete is survived by his daughters, Sherri (Dave Post), Carol (Terry Leist), Susan (Eric Souhrada) and Jane (Kris Mangold); sons, David (Regina), Richard (Michelle), Dennis (Barb), James (Deb) and Peter (Bridget); 17 grandchildren; and 20 great-grandchildren.
He was preceded in death by his parents and wife, Ida.