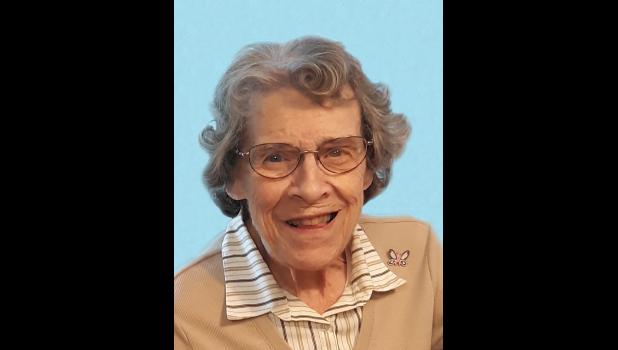 Aug. 4, 1925 —
Aug. 22, 2019
DAVENPORT - Evelyn M. Morgan, age 94, of Davenport, Iowa died on Thursday, Aug. 22, 2019 at Clarissa C. Cook Hospice House in Bettendorf, Iowa.
Visitation will be held on Saturday, Aug. 31, 2019 at 1 p.m. with a funeral service to follow at 2 p.m. at Lindstrom Funeral Home in Cresco, Iowa. Burial will take place immediately following services at the Howard Center Cemetery in rural Cresco.
Evelyn was born in rural Cresco on Aug. 4, 1925 to Harry and Daisy (Sayers) Howard and was a sister to Kathy. She attended a rural school and graduated from Cresco High School. She then attended Pitsy’s Beauty School in Waterloo, Iowa.
She married Gerald Howland in 1945. They had two sons, Howard and Steven. In 1972, she married Paul Morgan. Evelyn owned and operated her own beauty shop until retirement. In 2016 she moved to Davenport to be closer to her family.
She will always be remembered for her copper carrots and apple pies.
She is survived by her son, Steven (Nancy) of Davenport, Iowa; daughter-in-law, Bonita of Port Richie, Fla.; stepson, John (Jennifer) Morgan; and stepdaughters, Suzanne Cole and Christine Thompson. Evelyn had several grandchildren, step-grandchildren and great-grandchildren.
She was preceded in death by her parents; first husband, Gerald Howland; husband, Paul Morgan; her son, Howard Howland; sister, Kathy Olson; and a nephew, Robert Olson.