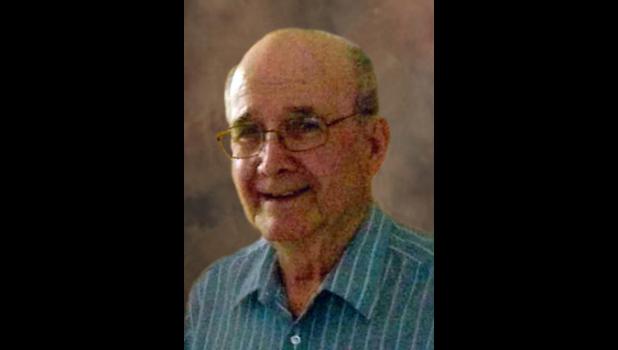 July 7, 1925 —
Nov. 7, 2017
CRESCO - Fern L. Hammond, age 92 of Elma, Iowa passed away on Tuesday, Nov. 7, 2017 at Colonial Manor in Elma.
Funeral services for Fern will be at 10:30 a.m. on Friday, Nov. 17, 2017 at Conway-Markham Funeral Home in Elma, with Reverend Candraeah Carey officiating. Military honors will be provided by Elma American Legion Post #597. Burial will be at Howard Cemetery in Elma.
Visitation will be from 9:30-10:30 a.m. on Friday at Conway-Markham Funeral Home. Online condolences for Fern’s family may be left at www.conway-markhamfh.com. Memorials may be directed to Wounded Warriors, Alzheimers Association or Salvation Army.
Fern Leon Hammond was born on July 7, 1925 at Alta Vista, Iowa, the son of Frank and Elsie (Scheetz) Hammond. He received his education at the Alta Vista Public Schools, graduating in 1942 and went on to further his education at Luther College for one year.
On Aug. 12, 1945, Fern was drafted into the U.S. Army and served during WWII until his honorable discharge on Jan. 17, 1947. He then returned to Alta Vista. Fern was united in marriage to Bernice Stiefel on Jan. 15, 1951 in Cedar Rapids, Iowa. Following their marriage, the couple resided in Elma and has remained there ever since. Throughout the years, Fern owned a feed and milling business, farmed and served as a rural mail carrier, retiring in 1993. In his younger years, Fern enjoyed playing baseball on the Elma Town Team.
He was a member of Elma United Methodist Church, where he has been active in the choir for many years. Fern was also a member of the Elma American Legion, John Frahm Post #597.
Fern is survived by his son, Randy Lee Hammond, and daughter, Denise Ann (David) Bergo, both of Minneapolis, Minn.; two grandchildren, Gretchen Brianne (Brent) Wagner and Stephanie Bergo; and three great-grandchildren, Gemma, Reese and Marta.
He was preceded in death by his parents; his wife, Bernice; and two brothers, Fae and Frank Hammond.