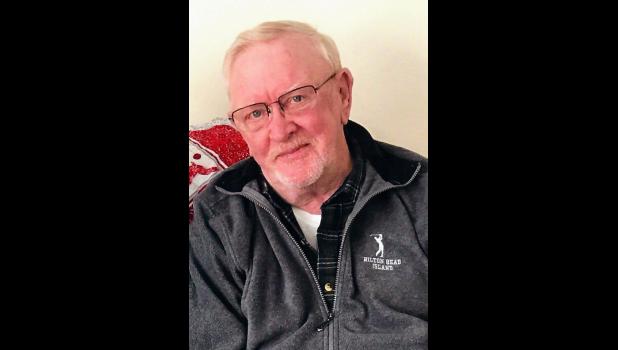 Dec. 26, 1937 —
March 18, 2018
Cresco - Francis Arthur Lybbert, age 80, of Cresco, Iowa passed away Sunday March 18, 2018 at Evans Memorial Home in Cresco.
Funeral services will be held on Friday, March 23, 2018 at 11 a.m. at First Lutheran Church in Cresco.  Friends may call from 4-6 p.m. on Thursday, March 22, 2018 at Lindstrom Funeral Home in Cresco, as well as one hour prior to services at the church.  Burial will be in Oak Lawn Cemetery in Cresco.
Francis was born Dec. 26, 1937 on his grandparents’ farm outside of Ridgeway, Iowa, the son of Elton and Grace (Gunderson) Lybbert. He had one sister, Sharon Gunhus of Omaha, Neb. He was united in marriage with Patricia Ann Regan on Jan. 21, 1960, and they had three children, Christopher, Scott and Sandra.
Francis attended Cresco High School and was involved in many activities. He graduated in 1956. He served his country in the United States Marine Corps from 1957-1960, when he was honorably discharged with the rank of Acting Sergeant. Following his discharge, he attended Iowa State Teachers College, earning a Marketing Degree in 1965. He worked as a claims adjuster for State Farm Insurance Company for eight years.
In 1973 he moved his family from Cedar Falls, Iowa to his home town of Cresco. Francis was a small business owner, Director of the Cresco Chamber of Commerce and then returned to the commercial insurance business, earning a Certified Insurance Councilor certification and working for Tri-State Insurance Company for another 20 years.
Francis had a lifelong love of the outdoors. He was an avid fisherman, knowing every trout stream in northeast Iowa, Hunter Safety Instructor, one of the original members of the Turkey River Chapter of Pheasants Forever and a longtime member of the Cresco Wildlife Club. He had a passion for gardening, both vegetables and flowers. He loved watching the birds in his many handmade feeders in his back yard, going for rides with his dog Lily and spending time with family.
He is survived by his wife, Pat; son, Chris; and daughter, Sandi, all from Cresco. He was especially fond of his “special dog,” Lily.
Francis was preceded in death by a son, Scott; his parents, Grace Slock and Elton Lybbert; brother-in-law, Jim Gunhus; and a nephew, Ted Gunhus.