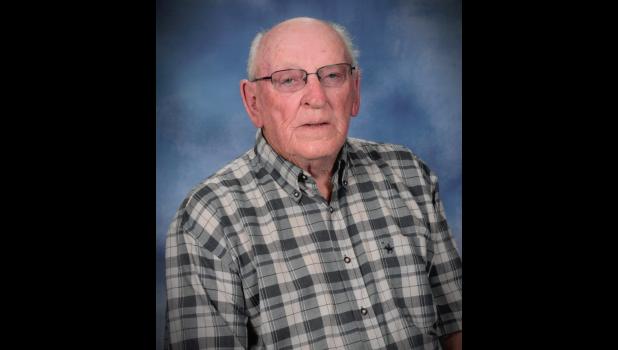 July 15, 1939 —
May 27, 2019
RIDGEWAY - Gerald “Jerry” Raymond Ollendieck, age 79, of Ridgeway, Iowa, passed peacefully on Monday, May 27, 2019, at home surrounded by his family.
A Mass of Christian Burial will be held at Notre Dame Catholic Church on Friday, May 31, 2019, at 1 p.m. with Father Daniel Knipper officiating. Burial will be in Calvary Cemetery. Visitation will be held on Thursday, May 30, 2019, from 4-7 p.m. at Notre Dame Catholic Church, and will continue at the church for one hour prior to the service on Friday. Hindt-Hudek Funeral Home is assisting the family.
Jerry was born on July 15, 1939, to Ray and Lucille (Reinhardt) Ollendieck in Cresco. He was baptized and confirmed at St. Joseph’s Catholic Church in Cresco. He graduated from Cresco’s Notre Dame High School in 1957, then enlisted in the U.S. Army until 1959 and served several years in the Army Reserves.
He married Julia “Judy” Hemesath on July 31, 1961. To this union, five children were born, Rodney, Terry, Glenda, Brian and Mike. Jerry was a lifelong member of St. Joseph’s Catholic Church (now Notre Dame). He was a member of the Knights of Columbus and board member for Calvary Cemetery.
He was a lifelong farmer with many other occupations, including owning and operating Calmar Laundromat and managing multiple chemical and fertilizer companies. He owned and operated the Chatterbox Café in Ridgeway and started Plantation Country View Housing Development, along with Plantation Vinyl Products.
Jerry and Judy’s passions in life included their antique John Deere tractors, classic car and participating in parades and car shows. The last few years, Jerry enjoyed wintering in Apache Junction, Ariz., where he became very good friends with many people. There was never a shortage of laughter and storytelling, especially at daily happy hour.
Jerry truly loved spending time with his children, grandchildren and great-grandchildren.
He is survived by his children, Rodney (Janet Smith) of Ridgeway, Terry (Ann) of Ridgeway, Glenda (Tom) Bodensteiner of Decorah, Iowa Brian of Clear Lake, Iowa and Mike of Ridgeway; seven grandchildren, Amanda Wolter, Ashley Reicks, Logen Ollendieck, Austin Ollendieck, Hannah Ollendieck, Kody Bodensteiner and Julia Ollendieck; five great-grandchildren, Dawson and Liam Wolter and Owen, Aiden and Aubrey Reicks; sisters, Betty Wenthold and Dorene (Butch) Burnikel; and sister-in-law, Sharon Ollendieck.
Jerry was preceded in death by his wife, Judy; his parents, Ray and Lucille; brother, Wayne; and brother-in-law, Louis Wenthold.