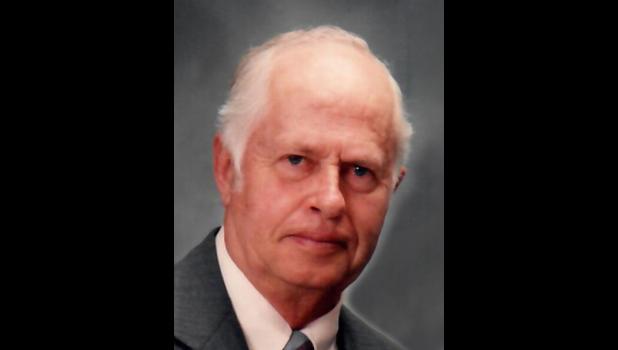 March 12, 1920 —
March 5, 2018
Saude - Godfrey Natvig, age 97, of Saude, Iowa, left his earthly home for his heavenly home on Monday, March 5, 2018.
Funeral services will be held on Friday, March 9, 2018, at 11 a.m. at Saude Lutheran Church in Saude. Friends may call on Thursday, March 8 from 4-7 p.m. at Lindstrom Funeral Home in Cresco, as well as one hour prior to services at the church. Burial will be in the church cemetery.
Alvah Godfrey Natvig was born on March 12, 1920 to John and Clara (Trieder) Natvig in rural Cresco, Iowa. He was baptized on April 11, 1920, and confirmed on March 25, 1934, at Saude Lutheran Church, where he was a lifelong member, and attended worship services regularly until shortly before his death. He attended rural school in Howard County and graduated from Cresco High School.
Godfrey was united in marriage to Theodora Knutson on Dec. 2, 1942. To this union eight children were born. The couple farmed on their Century Farm all their lives. Godfrey continued to farm alongside his son, Michael, until his health wouldn’t permit him to anymore.
He was a loving husband, father and grandfather. In his younger years, he enjoyed hunting ducks and pheasants. He also enjoyed watching Iowa football and basketball and was an avid reader. His children, grandchildren and extended family will always treasure the memories of their life and visits on the farm.
Godfrey was a member of the Cresco School Board for many years, a church elder at Saude Lutheran Church, a longtime Farm Bureau member, a member of the Howard County Cattleman’s Association and was the Howard County Soil and Water Commissioner for several years.
He is survived by seven children, Diane (Tosten) Skaaland of Wittenberg, Wis., Duane (Rachel) Natvig of Northfield, Vt., Gayle Zurfluh of Eatonville, Wash., Marilyn (David) Wallman of Medinah, Ill., Tina (Frank) Veltri of Eugene, Ore., Ellen (Ed) Rink of Decorah, Iowa and Michael (fiancé Kristy Lee) of Saude; 22 grandchildren; 26 great-grandchildren; his sister-in-law, Donna (Don) Jepson; his brother-in-law, John Knutson; a son-in-law, José Randall; and many nieces and nephews.
Godfrey was preceded in death by his wife; his parents; his daughter, Mary Randall; a brother, Odell Natvig; a son-in-law, Richard Zurfluh; his mother and father-in-law; five brothers-in-law; and eight sisters-in-law.