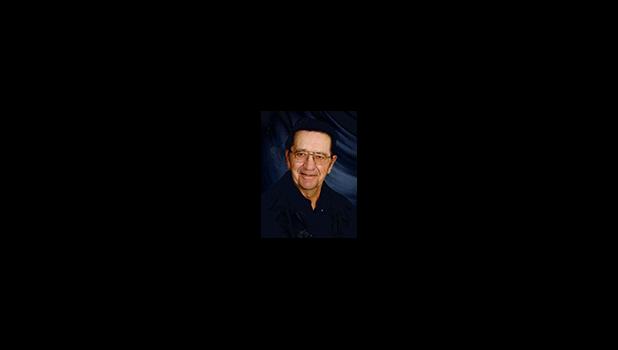 April 3, 1938 —
Oct. 29, 2019
ELMA - Jack D. Whitinger, age 81, of Elma, Iowa passed away on Tuesday, Oct. 29, 2019 with his family by his side, at Patty Elwood Center in Cresco, Iowa.
A Mass of Christian Burial will be held at 10:30 a.m. on Saturday, Nov. 2, 2019 at Our Lady of Lourdes Catholic Church in Lourdes, Iowa, with Father Jerry Kopacek officiating. Burial will be at Our Lady of Lourdes Cemetery.
Visitation will be from 4-7 p.m. with a 3:30 p.m. Rosary on Friday, Nov. 1, 2019 at Conway-Markham Funeral Home in Elma, and will continue at the church one hour prior to the funeral mass on Saturday. Online condolences may be left at www.conway-markhamfh.com. Memorials may be directed to family.
Jack Dan was born on April 3, 1938, the son of Art and Irene (Chihak) Whitinger in Elma. He attended and graduated from Elma High School. After graduating, he went to Line-O-Type school and began his work in Aledo, Ill. at the local newspaper.
On April 27, 1957, Jack was united in marriage to his high school sweetheart, Millie Prochaska at Our Lady of Lourdes. The couple made their home in Elma where they raised their two children, Tammy and Tony. Jack and Millie purchased the Alibi Tap and Grill, the bowling alley and restaurant.
In 1969, Jack purchased the Whitinger family farm and enjoyed farming. In his down time, he kept busy with various business projects. He enjoyed motorcycling, horseback riding and his grandchildren. His family was most precious to him.
Those left to cherish his memories are his wife, Millie of Elma; his children, Tammy (Lee) Cochran of Newton, Iowa and Tony Whitinger of Tucson, Ariz.; his grandchildren, Shelbey Cochran of Newton and Jesse Cochran of Iowa City, Iowa; siblings, Robert (Connie) Whitinger of Ankeny, Iowa, Joe (Kathy) Whitinger of Elma and Marlene Lewis of Cresco; and many nieces and nephews.
He was preceded in death by his parents, and brother-in-law, Bob Lewis.