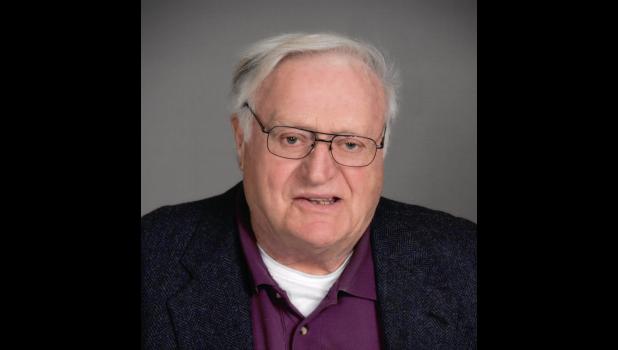 July 22, 1939 —
May 25, 2019
CHARLES CITY - James Fencl, age 79, of Charles City, Iowa died on Saturday, May 25, 2019 surrounded by his family at Mayo Clinic in Rochester, Minn.
Memorial Mass will be held on Saturday, June 1, 2019 at 11 a.m. at Holy Trinity Parish in Protivin, Iowa. Visitation will be held on Saturday from 10-11 a.m. at the church. Burial will be in the church cemetery following the service. A celebration of life following the burial will be held from 12:30-3 p.m. at the community center in Protivin.
James “Jim” Louis Fencl was born on July 22, 1939 on the Fencl family farm in Winneshiek County, a mile east of Protivin. He grew up on a trout stream, which laid the foundation for his lifelong love of nature.
Jim attended Rudolphinum High School and graduated in 1958. He had a passion for tractors and started working for John Deere that year, while saving money to attend trade school in Kansas City in 1959.
He was in the United States Army from 1962-1964. When he came back home, he met Joann Brookins, and they married in 1965, later divorcing but remaining great friends. Jim’s passion for making tractors was rekindled when he started working at Oliver (later known as White Farm) in 1965. In 1973 he purchased a farm outside of Protivin, which was his pride and joy. In 1989 he married Dee Stiefel, later divorcing but remaining great friends. In the 1990s, he continued to spark his adventurous spirit by traveling the country, driving for Winnebago and Alum-Line.
Over the years Jim enjoyed riding his four-wheelers and snowmobiles, playing a good game of euchre and ping pong, swimming, gardening, cooking, fishing, canoeing, riding horses, traveling and quality time gathered around the fire with family and friends. Many enjoyed these activities while at Jim’s. He was happiest when others were having a great time making memories at his home.
He could strike up a conversation with anyone and did many times over, especially while traveling. He could always find a common thread with any new friend, no matter what background. This trait was passed down to his children, who admire what a person learns from others if you just take the time. Jim always took the time.
He had a unique spirit and always had funny sayings that will go down in history with his family, including “Do you have a hole in your paddle?” (when playing ping pong), “sock it to ‘em” and “mitt full” (when playing cards), “I’m busy taking a break” and many, many Czech phrases.
He was a simple man and one of the most unique people a person would ever meet. They don’t make ‘em like that anymore. Many who loved him referred to him as “Jimmy” or “Jimma.” Growing up, he was also referred to as “Bezinka,” a Czech nickname stemming from his love of picking berries.
Jim was happy to travel to all 50 states, with Hawaii at number 49 in 2011 and Alaska at number 50 in 2017. While traveling, he took time to write hundreds of postcards. He enjoyed talking to others when they traveled to different states. If you would give him the name of any location, he could recall specific details about the area with a smile and use his hands to describe it. Even through all his travels, when asked his favorite location, Jimmy admitted there were too many to pick just one. He was always happy to come home to Northeast Iowa, which he believed was paradise.
Jim loved his family. He was proud of his children and made sure to tell them that at the end of every visit. He took special care to always reach out with phone calls and personal visits when in the area of friends and loved ones.
He also loved nature and taught his children “The closer you are to nature, the happier you will be…” to which his children all agree. He built a pond on his farm to ensure wildlife benefit far beyond his lifetime. Jim said multiple times that he had lived a great, full life. When he was a boy, his dream was to own a John Deere tractor and a farm. Everything beyond this childhood dream was a blessing.
Jim is survived by two sons, Brad Fencl of Ionia, Iowa and Brent Fencl of Plymouth, Minn.; daughter, Jamie (Brett) Ludwig of Waverly, Iowa; one granddaughter, Ava Ludwig; three brothers, Leonard (Doris) Fencl of Protivin, Victor (Sharla) Fencl of Protivin and Ernie (Martha) Fencl of Cedar Falls, Iowa; sister, Betty Falada of Decorah, Iowa; and many nieces and nephews.
He was preceded in death by his parents, Louis and Alice Fencl; son, Brian Fencl; daughter, Melissa Fencl; and sister, Mary Ann (Willie) Andera.