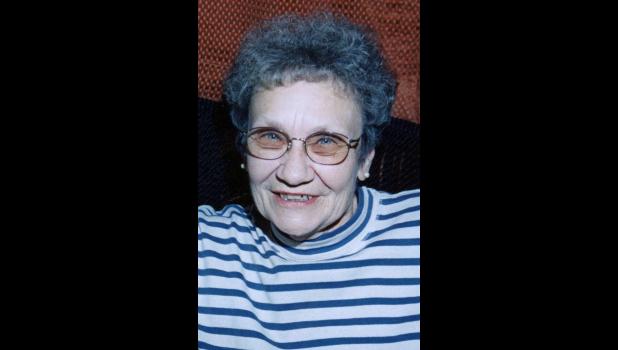 Feb. 29, 1936 —
March 4, 2018
Cresco - Jane Marie (Larsson) Sorensen, age 82, of Protivin, Iowa passed away peacefully with her family by her side, on Sunday, March 11, 2018.
Funeral services were held March 15, 2018, at Crane Creek Immanuel Lutheran Church with Rev. Sue Cira officiating. Burial will be in the church cemetery.
Jane was a proud leap year baby, born Feb. 29, 1936 near Dows, Iowa and graduated  from Waterloo West High School. She was the youngest of seven children born to Harry Fredrick Larsson and Iris Opal (Tuel) Larsson.
Jane was wed to Harry T. Sorensen on April 16, 1954 at the Little Brown Church in Nashua, Iowa. Since 1969, they made Protivin their home. They were married for 48 years at the time of Harry’s death in 2003. To this union six children were born, ZoAnn, Ted, Gregory, Cindy, Malinda and Chad.
She was the Director of Housekeeping at Howard County Hospital for years, following jobs at Turkey Valley Community School and Bishops in Waterloo.
Jane was a devoted member of Crane Creek Immanuel Lutheran Church and the Kountry Kitchen Klub. She loved her many dogs over the years, camping with Harry, making fried chicken for a house filled with family, and rumor has it, an occasional trip to the riverboat. She had a knack for striking up a conversation with anyone she came across and was always in the corner of the underdog. She will be sadly missed by her family and many friends.
Jane is survived by her six children, ZoAnn (John) Bear of New Hampton, Iowa, Ted A. (Laurie) Sorensen of New Hampton, Gregory L. (Sondra) Sorensen of Sandy, Utah, Cindy J. (Robert) Lenehan of Alta Vista, Iowa, Malinda J. (Chip) Horkheimer of Hazleton, Iowa and Chad F. (Ellen) Sorensen of Kasson, Minn.; 17 grandchildren; 12 great-grandchildren; and two sisters, Flora Specht of Danville, Iowa and Donna Ross of Mazeppa, Minn.
She was preceded in death by her husband; three brothers, Harry Larsson Jr., Craig Larsson, and Gene Larsson; and one sister, Bonnie Judson.