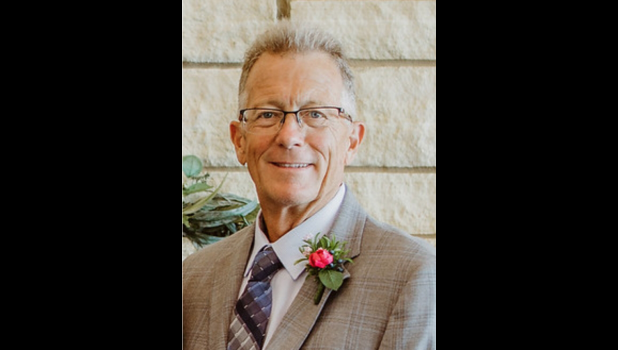 June 27, 1954 —
Nov. 6, 2019
ELMA - Jerald “Jerry” E. Palmersheim, age 65, of Elma, Iowa, passed away on Wednesday, Nov. 6, 2019 at his home.
A Memorial Service will be held at 10:30 a.m. on Friday, Nov. 15, 2019 at Immaculate Conception Church in Elma. Burial will be at Calvary Cemetery in Elma.
Visitation will be held from 4-7 p.m. on Thursday, Nov. 14, 2019 at Conway-Markham Funeral Home in Elma and will continue one hour prior to the service at the church on Friday.
Online condolences for Jerry’s family may be left at www.conway-markhamfh.com. Memorials may be directed to the family.
Jerald “Jerry” Edward Palmersheim was born on June 27, 1954 to Earl and Delberta (Joerger) Palmersheim in New Hampton, Iowa. He attended Immaculate Conception School in Elma. He then attended and graduated from Crestwood High School in 1972.
Jerry was employed at Howard County Equity for five years before becoming employed at Ludwig Plumbing and Heating. He later purchased the business and operated it until 1993. He then worked as a maintenance technician for the Howard-Winneshiek School District for 26 years.
Jerry was united in marriage to Mary Jane Gardner on May 11, 1974 at Immaculate Conception Church in Elma. The couple made their home near Elma, where they raised their family and have lived ever since.
He was well-known for a wonderful sense of humor. He was fond of craft or dark beers, which friends and family lovingly referred to as “weird beers.” His family, especially his children, benefited from his “Mr. Fix-it” skills. Camping and bicycling were dear to his heart.
Jerry is survived by his wife, Mary Jane of Elma; children Brian (Andrea) Palmersheim of Iowa City, Iowa, Nick Palmersheim of Newton, Iowa and Suzy (David) Werimont of Byron, Minn.; grandchildren, Addison, Anna, Molly, Kaleb and Daniel; three sisters, Deann (LeRoy) Webb of Cresco, Iowa, Dorothy (Joe) Weida of Traer, Iowa and Mary (Mike) Wenzel of Oxford, Ohio; eight brothers, Tom (Patty) Palmersheim of Nashua, Iowa, Pete (Connie) Palmersheim of Austin, Texas, Dan (Marian) Palmersheim of Marion, Iowa, Roger (Patty) Palmersheim of New Hartford, Iowa, Mike Palmersheim of Wabasha, Minn., Joe (Joanie) Palmersheim of Atkins, Iowa, Ed Palmersheim of Cresco and Tim (Belinda) Palmersheim of Ankeny, Iowa; and numerous nieces and nephews.
Jerry was preceded in death by his parents, Earl and Delberta Palmersheim.