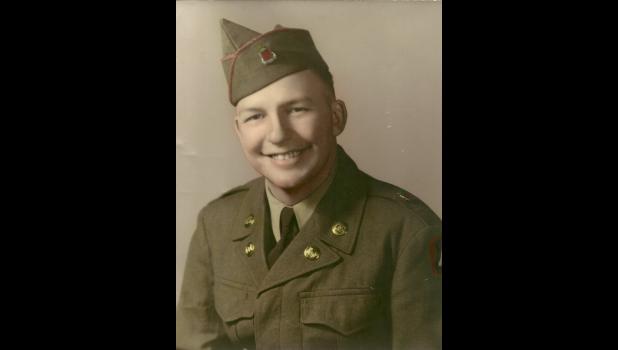 Dec. 16, 1928 —
May 5, 2019
ELMA - John “Jack” Hayden, age 90, of Elma, Iowa passed away on Sunday, May 5, 2019 at Mercy One in New Hampton.
A memorial service will be held at Immaculate Conception Church in Elma on Wednesday, May 8, 2019 at 11 a.m. with Fr. Jerry Kopacek officiating. Burial will be held at Calvary Cemetery in Elma. There will be a one-hour visitation at the church prior to the funeral services on Wednesday. Online condolences may be left at www.conway-markhamfh.com. Memorials may be directed to the family.
Jack was born on Dec. 16, 1928 to Earl and Mable (Gleason) Hayden. He completed his education as a graduate of Immaculate Conception High School in Elma. He began his trucking career, helping run his family-owned Hayden Dray Line, later becoming Hayden Truck Line. He spent the majority of his career hauling livestock and grain.
In 1951, Jack was drafted into the U.S. Army, where he proudly served his country during the Korean War. He received his honorable discharge in 1957.
On Nov. 27, 1957, Jack was united in marriage to Kay Thompson at Immaculate Conception Church in Elma. The couple welcomed their children, Kim and Neil.
Throughout the years, Jack was involved in his community, serving as mayor, councilman and on the fire department. He was a member of the American Legion for over 65 years, along with the Alta Vista VFW, receiving his quilt of valor in November 2018. Jack was a member of the Knights of Columbus and Immaculate Conception Church.
In the rare event of down time, Jack enjoyed playing and umpiring softball. He was an avid Minnesota Twins, Hawkeyes and Green Bay Packers fan. Playing games with his family was his favorite pastime.
Those left to cherish Jack’s memory are his wife, Kay Hayden of Elma; his children, Kim (Rod Williams) Hayden-Hudson of Hiawatha, Iowa and Neil (Beverly) Hayden of Atkins, Iowa; three sisters-in-law; and numerous nieces, nephews and extended family.
He was preceded in death by his parents and one brother, Merle (Lorraine) Hayden.