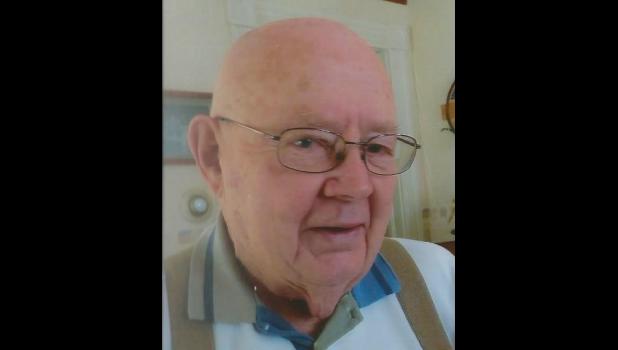 Aug. 16, 1923 —
March 13, 2020
CRESCO - John Moe, age 96, of Cresco, Iowa passed away on Friday, March 13, 2020 at Evans Memorial Home in Cresco.
Private family services, including military honors at Oak Lawn Cemetery, will take place later this summer.
Memorials can be directed to Howard County Hospice, Immanuel Lutheran Church or Iowa Public Television in John’s honor.
John Jerome Moe was born on Aug. 16, 1923 to John T. and Thelma (Kven) Moe in Cresco.  He graduated from high school in Northfield, Minn. with the Class of 1941.
On Sept. 6, 1953, he married Irene Christians at Immanuel Lutheran Church in Cresco.  To this union two daughters were born, Cynthia and Linda.
John spent 22 years in the United States Army, receiving the rank of Major. He was a graduate of OCS in Kansas.  He was a WWII veteran and had the opportunity to take part in the Honor Flight in 2009.
After retiring from the military, John took on the role of transportation director for Howard-Winneshiek Schools.  With additional time off during the summer, John and Irene took the girls on long family vacations.  Some trips lasted up to six weeks, with the family coming home only in time to map out the new bus routes.
He was a proud member of the American Legion in Northfield and the VFW in Cresco.  John was on church council at Immanuel Lutheran and held a seat on the Cresco City Council.  Making time for fishing always rated high on the list.
Survivors include his two daughters, Linda (Gary) Rowe of Rock Island, Ill. and Cynthia Langreck of Cresco; five grandchildren, Melissa Langreck of Cresco, Nathan Langreck of Cresco, Joshua Langreck of Apple Valley, Minn., Alexis (Joel) DeWilde of Rock Island and Andy (Joscelyn) Rowe of Rock Island; and seven great-grandchildren, Haley Newman, Chase Newman, Cain Newman, Adeline Langreck, John Langreck, Hayden Langreck and Ben Andrews.
John was preceded in death by his parents; his wife of 57 years, Irene; and a sister, Joyce (Floyd) Weed.