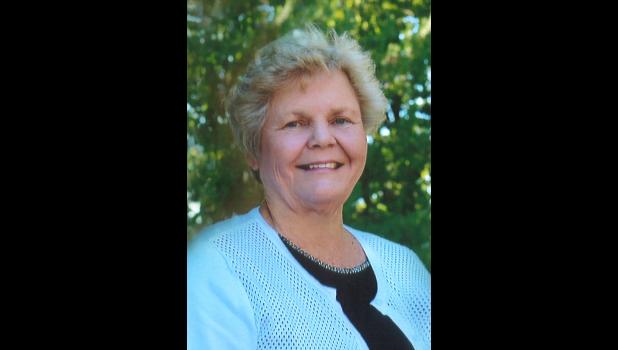 March 19, 1947 —
May 24, 2019
FAIRMONT - Joyce A. Blomster, age 72, of Fairmont, Minn. passed away on Friday afternoon, May 24, 2019, surrounded by her loving family at her home in Fairmont.
Services will be at 11 a.m. on Tuesday, May 28, 2019, at Grace Lutheran Church in Fairmont. A private family burial will be held in Lakeside Cemetery. Visitation will be two hours prior to the time of service from 9-11 a.m. on Tuesday. Lakeview Funeral Home and Cremation Service of Fairmont is assisting the family with the arrangements.
Joyce Ann Blomster was born in Fort Dodge, Iowa on March 19, 1947, the daughter of C. Franklin Carlon and Geneve Elma Wrede. In her earlier years she lived in the Gowrie, Payton, Jefferson and Ferguson areas. In fact, she saw six different houses in her first 10 years of life. Her family moved to Marshalltown, Iowa in 1958. She graduated from high school there in 1965.
Joyce enrolled at the Evangelical School of Nursing in Marshalltown to earn her three-year degree. She worked her way through school doing private duty nursing and night shifts in the emergency room of the local hospital. The year of 1968 saw her graduate and pass her boards to become a licensed R.N. This same year, on June 15, she was united in marriage to William (Bill) E. Blomster of Swea City, Iowa, at the Redeemer Lutheran Church in Marshalltown.
They made their first home in Cresco, Iowa, where Bill was a school teacher and Joyce worked night shifts at the local hospital. Both of their children, Lance and Keri, were born there. They moved to Fairmont in 1978, and Joyce became employed at the Fairmont Community Hospital. She became a Charge Nurse on the Medical Surgical Floor.
She was extremely proud to be a nurse and devoted her entire life to helping others. This devotion did not end upon her retirement in 2006. She enjoyed gardening, playing cards, shopping and traveling. Her favorite travel destination  was Norway. Positively for sure, her greatest love was her four grandchildren Blake, Emma, Sydney and Kendra.
Left to cherish her memory is her husband, Bill Blomster; son, Lance (Rosemary) Blomster; daughter, Keri (Dan) Hilgendorf; grandchildren, Blake Hilgendorf, Emma Hilgendorf, Sydney Blomster and Kendra Blomster, all of Fairmont; brother, Gene (Chris) Carlon of Marshalltown; brother, Dwain Carlon of Arvada, Colo.; sister, Janet Fox of Littleton, Colo.; and brother, Don (Lori) Carlon of Marshalltown; as well as many other extended family and friends.
Joyce was preceded in death by her parents and her mother-in-law and father-in-law.
The family requests memorials be given in Joyce’s name to Grace Lutheran Church of Fairmont or to the charity of the donor’s choice.