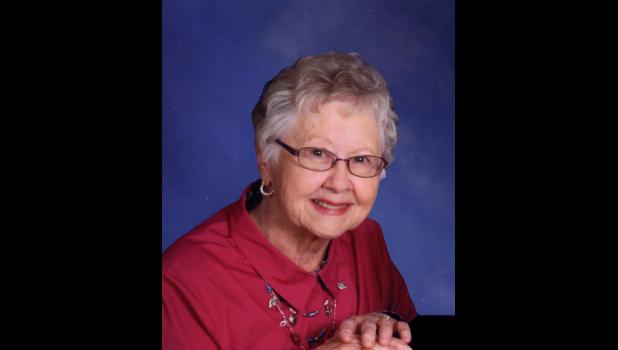 June 25, 1937 —
April 10, 2018
formerly of cresco - Judy Hovden, age 80, of West Union, Iowa, formerly of Cresco, Iowa, died Tuesday, April 10, 2018, at Gundersen Palmer Lutheran Hospital in West Union.
Funeral services were held on April 16, 2018 at Madison Lutheran Church in rural Ridgeway, Iowa, with Rev. Jeff Hansen officiating. Burial was in Madison Lutheran Cemetery.
Judith “Judy” Vivian Anderson was born to Raymond A. and Florence M. (Brobst) Anderson on June 25, 1937 in Janesville, Wis. She was baptized in the summer of 1937 at Trinity Lutheran Church in Durand, Ill. and confirmed her faith at Bethlehem Lutheran Church in Brodhead, Wis.
Judy married Alton R. Hovden on July 13, 1963 at Bethlehem Lutheran Church. She joined Madison Lutheran Church in rural Decorah shortly after and began a lifetime of volunteer service. Judy taught Sunday School and served as the education superintendent, taught Vacation Bible School, played the organ and piano, sang, directed the church choir, served as congregation president and Cluster 8 WELCA president, was a member of Bible study groups and women’s circles and contributed many hours to quilting and crafts to benefit missions and the church. Her dedication to her church was a priority in her life.
Judy was a lifelong learner and a tremendous teacher. She graduated from Brodhead High School in 1955, where she participated in choirs and bands, including marching, concert and polka, just to name a few. She earned state music honors and was selected to participate in many special concerts. She enjoyed sharing her musical talents for 80 years. Her family and friends will dearly miss hearing her voice.
After high school, Judy spent time in Pacoima, Calif. and worked as a parish secretary at Calvary Lutheran Church. There, she met Alton’s sister, Audrey, who eventually brought them together.
Judy put herself through college, and after only six semesters of intense study, she graduated from the University of Wisconsin Oshkosh with a B.A. in Upper Elementary Education. She taught music in Hillsboro, Wis. before marrying Alton and moving to Ridgeway. She taught sixth grade in the Howard-Winneshiek school district for one year. They started a family, and she stayed home to raise their children, Dan and Beth, and helped on the farm.
During this time, she spent many years teaching piano to area students. This brought much joy to Judy, and she enjoyed getting to know each one of them. She taught Title 1 Reading at Holy Trinity in Protivin from 1976-1982. She also played the organ for children’s masses. She then went back to Howard-Winneshiek schools and taught sixth grade from 1984-1998. Judy made many friends within the schools in which she taught and continued to keep in touch with them after retirement.
Judy considered everyone family. But it was her title of Grandma that she was most proud of, which was evident even in her last few days. Grandma Hovden was known for her cinnamon rolls and donuts, roast beef dinners and apple pies, her strawberry jam, sharing balloons, teaching math around the dining room table and her ability to fix anything with her sewing machine. Her grandchildren will forever carry a piece of her strong and loving heart with them.
“Every one to whom much has been given, much will be required in return.” Luke 12:48. Judy was a woman with many talents. Alton has always said there isn’t anyone with more talents than she had. With a wrench and a hammer or a needle and thread, she could fix about anything.
Farming came easily to Judy, especially due to the good neighbors and strong friendships she developed over many cups of shared coffee and many, many laughs. After moving to Cresco, the couple travelled to the beautiful destinations of Hawaii, Arizona, Florida, the Western Caribbean, Norway and Europe. In 2012, they moved to West Union to be near family. This is where Judy received her call to join Jesus in heaven.
Judy is survived by her loving husband, Alton; her son, Dan (Chris) Hovden of West Union; her daughter, Beth (David) Wood of Pella, Iowa; seven grandchildren, Kirby Hovden of Cedar Rapids, Iowa, Kylie Hovden (Corey Streif) of Clermont, Iowa, Trevor Wood of Des Moines, Tanner Wood of Pella, Tate Hovden of West Union, Brooks Hovden of West Union and Trey Wood of Pella; Chris’ children, Brandon (Tiffany) Cassidy of Fargo, N.D., Cheyanne (Jim) Hackett of Prairie du Chien,Wis. and Sydney Stankee of Cedar Rapids. Judy also had great-grandchildren who she loved to have visit. She has two surviving sisters, Mary Joyce Stockdale of Durand, Ill. and Phyllis Anderson of Brodhead, Wis. and many nieces, nephews, great-nieces and great-nephews.
Memorials should be directed to Gundersen Palmer Lutheran Hospice, 112 Jefferson Street, West Union, IA 52175 or Northeast Iowa Food Bank, P.O. Box 2397, Waterloo, IA 50704-2397.
Fjelstul Funeral Home in Decorah is serving the family.
Online condolences may be made at www.fjelstul.com.